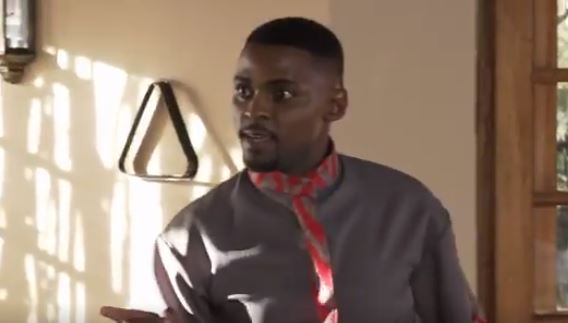 Thato on The Queen went through the worst curve ever.
Image: Twitter/ Mzansi Magic

The Queen viewers have been watching in anticipation as Thato dug his own "love" grave after he admitted to having a crush on his cousin.

On Monday night's episode of the hit show, it all came crumbling down when Akhona finally showed him to the family zone.

Friendzone is one hard maze to maneuver out of but family zone bro? That's just Jumanji, you don't just make it out. As it turns out Akhona has never had any romantic feelings for Thato, who despite all the advice against it has been trying to woo her.

Akhona gave Thato the ultimate position clarification when she said to him, "You are such a good friend and such a good brother."

Shame, when tweeps saw what had happened to Thato... they felt that pain in their hearts and had just the right memes for it.

#TheQueenMzansi Thato has left the friend zone and has entered the family zone 🤣🤣🤣 pic.twitter.com/KDLTYdFvsf

Amanda Black on toxic relationships: Only you can save yourself

"If you are reading this and this is your story. You will find peace," Amanda told her fans on Twitter
TshisaLIVE
2 years ago

A song titled Hit & Run was bound to ruffle some feathers, especially after the actual accident Skolopad was involved in last year
TshisaLIVE
2 years ago

But Nina just punched AKA in the gut and we all felt it.
TshisaLIVE
2 years ago

The show is over before it even begun.
TshisaLIVE
2 years ago