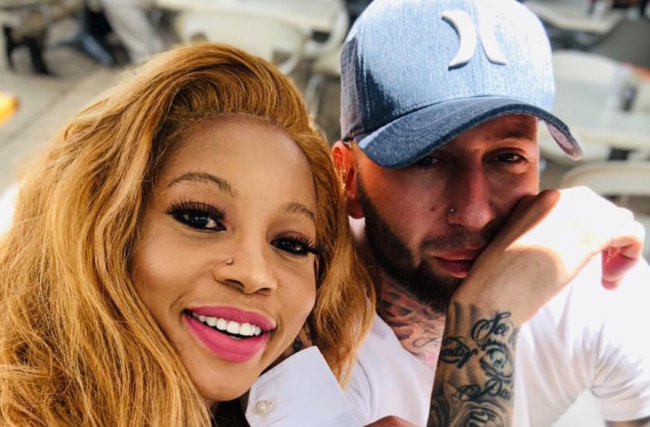 Chad da Don said he was doing great, amidst claims he and Kelly Khumalo have broken up.
Image: Twitter/Kelly Khumalo

As rumours swirl around the status of his relationship with singer Kelly Khumalo, rapper Chad da Don has told fans he is in a good space at the moment.

Speculation that the pair had split first surfaced at the end of January after fans noticed that all their loved-up pictures together had been deleted  from their social media accounts.

While rumours that they've split continue to do the rounds, sources told Sunday Sun that Kelly's ancestral calling could have been a reason for the parting.

Kelly's management told TshisaLIVE they could not comment on the star's private life.

While numerous attempts by TshisaLIVE to get comment from Chad went unanswered  he did reassure fans on social media that everything was fine on Tuesday.

Responding to a fan on his Instagram page, Chad said he felt blessed.

He added that he was a "f**king star" and nothing was keeping him down.

The star blue ticked all requests from fans to confirm the rumours but wasn't shy to slam followers who tried to troll him for his looks or dateability. The rapper told one troll to "go do 100 makeovers".

Kelly Khumalo: There's no one that will judge you more than a churchgoer

The star has constantly been dragged on social media and hit back on Monday with a stinging video to all her haters.
TshisaLIVE
3 years ago

Kelly Khumalo gets her fairytale ending

Can you hear those wedding bells?
TshisaLIVE
3 years ago

Kelly Khumalo and Chad da Don are seemingly set to tie the knot.
TshisaLIVE
3 years ago