Stogie T hits back at 'Boity is better than you' criticism 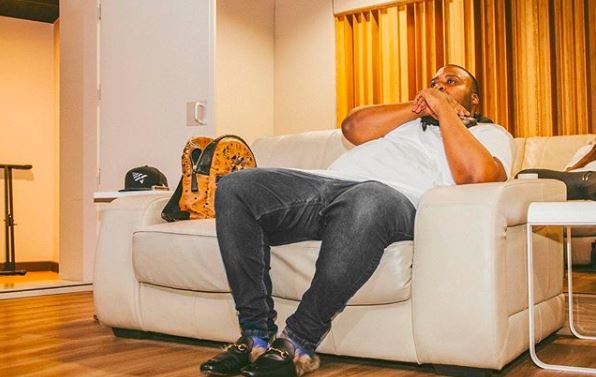 Stogie wasn't impressed by a tweep's comparison of Boity and him.
Image: Instagram/Stogie T

It looks like some people on Twitter can't seem to grasp the concept of celebrating one person without sh*tting on the other, but Stogie T won't let their "pettiness" rub off on him.

The OG rapper had to put one tweep in place on Thursday night after the person threw shade at his career by praising Boity's second single.

"Boity dropped only 2 tracks then boom! Her career is bigger than Stogie T's career," the person tweeted.

Look, Stogie wasn't about to be disrespected on these streets and he even put in a word in there for Boity's sake.

"If you want to be taken seriously you must stop tryna pit people against each other. I can tell from your tweet you don't give a flying fuck about Boity's wellbeing or her career."

If you want to be taken seriously you must stop tryna pit people against each other. I can tell from your tweet you don't give a flying fuck about Boity's wellbeing or her career. There are many places you can go visit that will cost you less than a trip to our culture fucker. https://t.co/CfIf7bRzUa

The nerve to compare a hip-hop G.O.A.T to a newbie is what upset most tweeps.

This is the guy whose lyrical prowess remains unmatched in Mzansi and however underrated he may be in Mzansi, people all over the world know how good Stogie is at what he does.

Plus, if he was that kind of guy, he'd kill rappers with one line. Watch the video below in case you need a reminder of just how dope Stogie T is!

Nicole Nyaba: I'm one of the great minds but people focus on my flaws

Nicole wanted to get some things off her chest.
TshisaLIVE
3 years ago

Ma even added some spice by telling Kentucky that Ntwenhle was always going to win.
TshisaLIVE
3 years ago

IN MEMES | Ufelani fans left in their feels at Flabba tribute

Viewers of Ufelani tuned in their numbers this week in an attempt to finally truly understand the events that led to the untimely death of the late ...
TshisaLIVE
3 years ago