Peeps need to learn to use the unfollow button yaz? 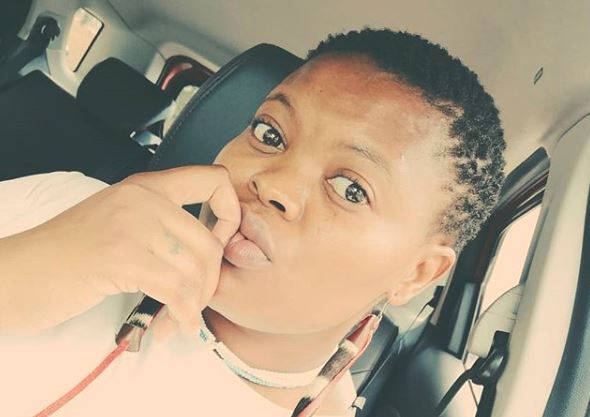 The Soil's Buhle aka Sis Getty on Instagram shared a very spicy video for a follower who stepped on her toes.
Image: Instagram/Sis_Getty

The Soil's Buhle taught one follower that it's important to know when to steer clear of exercising that 'freedom of speech' card.

Buhle, whose second Instagram account (as Sis_Getty) was started to discuss every day issues with fans, posted a video about how her daughter expected a Valentine's Day gift.

The singer said this was something she felt a bit overwhelmed with.

She was enjoying the interaction with fans when one followers @Mash_khens said she believed Buhle should quit doing the videos.

"Your videos though uyabhora and there is no fun in them," Mash_Khens said.

"Mash_khens umsunu we opinion plus nawe kaka, it's faceless and low self-esteemed people like you who think they can shit on other people and say it's their opinion. Neva ulunge Kim Bhentse ndini. Fokof ngaphezulu!"

Buhle also quickly told the follower to use the unfollow button and that she wouldn't be missed.

The songstress later shared a video to address the insult and didn't hold back.

Yeah.... but that wasn't enough so Sis dedicated another post to her.

Will Petronella's advice to Mmabatho in 'The Queen' be discussed at the #MensConference?

As Mzansi’s guys head to the #MensConference on Thursday, they may want to add an urgent item to the agenda – Petronella’s cold advice to Mmabatho in ...
TshisaLIVE
3 years ago

Lerato Kganyago hits back: Rubbish is thinking I don’t have an opinion, you silly dog

Lerato Kganyago's clapbacks are getting more and more brutal!
TshisaLIVE
3 years ago