Jackie Phamotse's book is out and there's a SERIOUS plot twist!

The book titled, I Tweet What I Like: So... Sue Me, is out but it wasn't what readers thought it would be 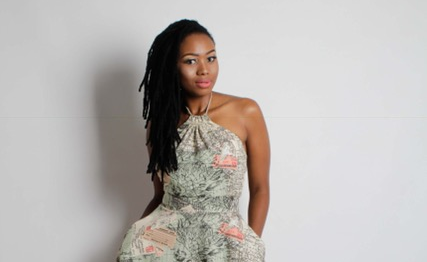 Jackie Phamotse is the author of Bare: The Blesser's Game and now the book I Tweet What I Like: So Sue Me.
Image: Supplied

After months of anticipation, Jackie Phamotse's new book I Tweet What I like: So Sue Me is out, and instead of the scandalous, controversial content that people expected, Jackie is serving up education.

The author explained to TshisaLIVE that her intention with the book was to help others understand the power, both good and bad, of social media. It is based on factual research and her personal experiences, including her recent court battle with Bassie and Romeo Kumalo.

"The book is completely different from my other offering. It is not a novel. It is factual and accurate and more educational. I put a lot of case studies in the book and also had my lawyers help me find relevant cases to help substantiate some of the points in the book. Then there are other things that are extremely personal to me, that I've never shared before."

The personal stuff includes her losing a baby and some details about her sexual encounters after she was raped.

And, as promised in November, Jackie will be using real names in this book.

"This book used the real names of everybody in the story. Nothing in this book is made up because this is not a novel at all. I wrote factual information and the rest of the book is real life true stories that happened to me. I can't change the person's name, that makes my story inaccurate."

Biggest lesson to remember from the Jackie vs Bassie saga

Twitter can land you in hot water, just ask Jackie...
TshisaLIVE
3 years ago

Jackie made headlines last year when her new book Bare lifted the lid on a controversial hockey club. Although the author later described the book as a fiction based on real life events, it still stocked controversy.

She said that all the research, including the whereabouts of the video and other scandalous things she uncovered in her research on the Hockey Club, will all be revealed in the sequel to Bare, expected around June.

"The next book, which is called Bare: The Cradle Of The Hockey Club, is purely about the Hockey Club and nothing else. All the questions that people have about the club and the associated people, places, clubs, female pimps, the locations and houses... everything will be in there."

So, it seems those who are thirsty for the controversial side of Jackie, may have to wait a few more months for those juicy bits.

Nicole Nyaba: I'm one of the great minds but people focus on my flaws

Nicole wanted to get some things off her chest.
TshisaLIVE
2 years ago

Ma even added some spice by telling Kentucky that Ntwenhle was always going to win.
TshisaLIVE
2 years ago

Trevor Noah is definetly owning his 2019!
TshisaLIVE
2 years ago