WATCH | Here's why Chad le Clos & his bae are #lovegoals 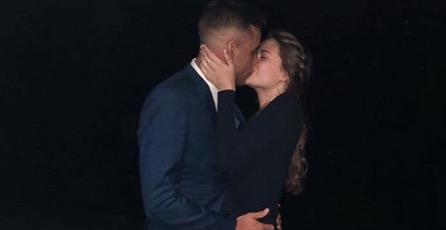 Even though Olympic swimmer Chad le Clos and his model girlfriend Jeanni Mulder have manic schedules that sometimes involve living in different countries, they're totally smitten so nothing can stand in the way.

Chad who is usually protective of his personal life announced on Instagram a few months ago that he's off the market.

And during an interview with YOU magazine ahead of Valentine's Day on Thursday they gave fans a glimpse into their whirlwind romance.

"I hadn’t wanted a girlfriend before the 2020 Olympic Games. But how could I let her go?” Chad told the mag.

Jeanni, who was born in Jeffreys Bay is also making a name for herself abroad.

"This is the first time I’m posing with a woman who’s part of my life. I’m more nervous than she is in front of the lens," Chad added.

The swimmer revealed that they met in London around the middle of last year and that he "knew instantly".

The lovebirds revealed that their manic schedules often mean that they're in different countries for months at a time, but that has just added to their adventure.

Since they've started dating, they've been to about 11 countries - sounds like an absolute blast!

The rom-com looks like it will deliver everything it promised; love, laughter and even tears
TshisaLIVE
2 years ago

"Look at me! My mom gave birth to a f*cking star, how can I not be good".
TshisaLIVE
2 years ago

Known for his comedy, Mcing and for cameos on Uzalo, Ankel died on Wednesday after battling with a long-time illness.
TshisaLIVE
2 years ago

Love is in the air for Buhle Maseko and he's not afraid to show it!

Buhle says he knew that posting his love on social media, will mean people might feel entitled to know details they don't deserve
TshisaLIVE
2 years ago