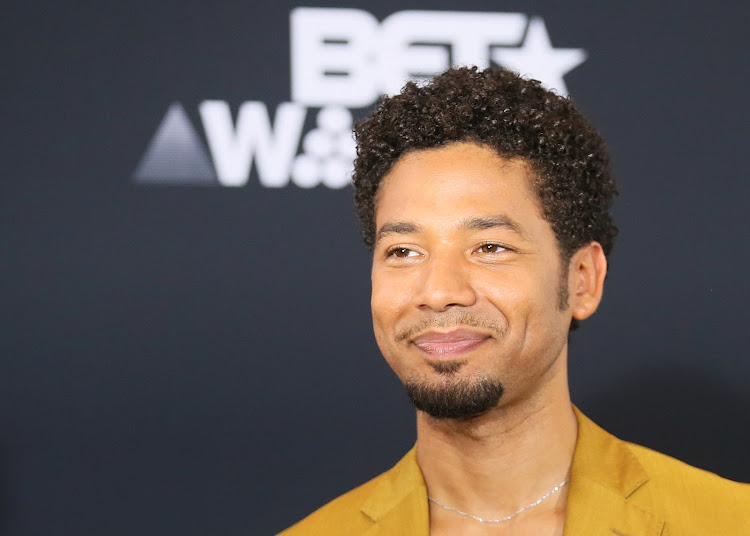 Jussie Smollett has denied that he arranged his own attack.
Image: REUTERS/Danny Moloshok/File Photo

Almost three weeks ago Empire actor Jussie Smollett claimed that he had been attacked in what was labelled a hate crime.

He said his attackers had yelled racial and homophobic slurs towards him. He also said he had bleach thrown at him and a rope tied around his neck during the attack.

The Empire actor, who was in Chicago at the time of the incident, said his attackers were white.

In video footage of nearby areas, two Nigerian men were identified by police, the day after the attack. Despite the area where Jussie was attacked being filled with cameras, none of them were working on the day of the incident.

The two men taken in for questioning are known to Jussie, with the one having played a brief role on Empire and the other being the actor's personal trainer for a while.

CBS reported that the two men told police that Jussie had "paid them" to orchestrate the attack on him.

Jussie released a statement through his attorney's denying that he had any involvement in his own attack saying that "nothing is further from the truth."

Police released the men and said that they would be re-interviewing the actor.

Meanwhile, American media have warned people not to jump to conclusions and wait for police to make an announcement on the case. Some media have again reiterated that the video footage of the men was from the day after the incident.

Chicago police have shifted the direction of their investigation into actor Jussie Smollett’s report of a hate-crime assault and are seeking to interview him again. This after they released two men detained for questioning in the probe. Smollett’s attorneys said he was “angered and devastated” by reports that the alleged attackers were people he was familiar with, including a personal trainer he had hired to prepare him for a music video.

Empire actor Jussie Smollett was back on stage a few days after he was attacked in Chicago in what is believed to be a homophobic and racist incident.
TshisaLIVE
3 years ago