Who knew a tribute could cause so much drama? 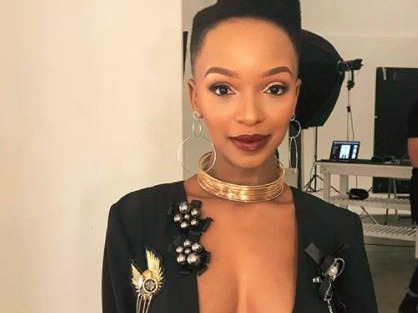 Nandi Madida had the internet talking with her tribute.
Image: Via Instagram

TV presenter and businesswoman Nandi Madida found herself on the Twitter trends list on Tuesday afternoon when she was dragged for a tribute to late fashion boss Karl Lagerfeld.

Nandi joined thousands of fashion fans who flooded social media with tributes to the iconic Chanel designer, who died in Paris on Tuesday at the age of 85.

"Your work, your vision ... wow! Had the honour of being invited to the Chanel Showroom in Paris - Rue Cambon and cannot begin to tell you how inspired I was. Karl Lagerfeld you inspired many, thank you #RIP," she wrote.

Soon the tribute had gone viral, with fans arguing over whether it was a sweet message or an attempt by Nandi to make the news all about herself.

Some argued that she was narcastic and brought files, while some believed she should be left alone.

Nandi later deleted the tribute, but the internet was not done.

What did Nandi do now? Did she make Karl's death about her?

Her narcissm knows no bounds.The good sis manages to make everything about herself and it must centre around her 🔥🔥

To be fair, there was nothing wrong with Nandi Madida’s post this time 😂 qha ke repeat offender

Most of these tributes are people talking about how they experienced Karl and how they got to meet him and their are the center of the story, I don't see what Nandi did wrong. Please balance me👀

Nandi made Karl's death about her https://t.co/uKu1m0xT6F

I don’t think Nandi’s tweet about Karl was as bad as you guys are making it seem. I mean I get it but it wasn’t that deep. Also I am SURE if any of you were invited to that showroom you’d be eager to mention it too.

Designer Karl Lagerfeld has died: here's what made him a fashion icon

German haute-couture designer Karl Lagerfeld, artistic director at Chanel and an icon of the global fashion industry for over half a century, has ...
Lifestyle
3 years ago

Mzansi stars on the unique spice that keeps their relationships cooking, even after many years together
Lifestyle
3 years ago

Nandi Madida: We live in a world that's so money obsessed

Nandi Madida has advised aspring artists to safeguard themselves.
TshisaLIVE
3 years ago

And the little one is due in two months time.
TshisaLIVE
3 years ago