The internet can't believe how the saga keeps getting worse... 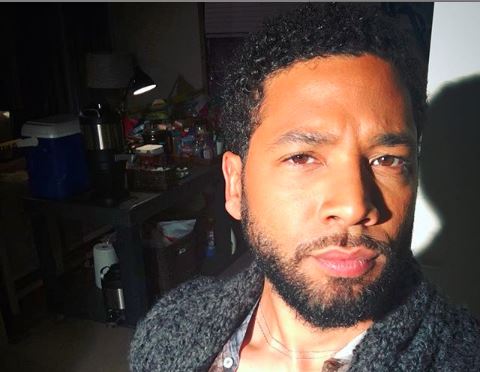 Hours after police confirmed that Empire superstar Jussie Smollett was a suspect in orchestrating his own hate crime, the Chicago police have now officially charged him with a class 4 felony for opening a “bogus” report.

According to the BBC, Jussie told police he was attacked by two men who poured an unknown chemical on him, put a rope around his neck and used racial and homophobic slurs. This was back in January, but it was later reported that the brothers (who were the main suspects) told detectives that Jussie had paid them to stage the attack.

The charges against him were approved by Cook County State’s Attorney’s Office.

Meanwhile, a statement released on Wednesday by 20th Century Fox Television and Fox Entertainment said the production was standing behind Jussie in support. This after there had been various reports that his character in the musical drama would be “cut”.

“Jussie Smollett continues to be a consummate professional on set and as we have previously stated, he is not being written out of the show,” read the statement on Vanity.com.

The internet has been spinning on it's  head since the accusation against Jussie emerged, and as new info is released, the streets keep getting more and more messy.

Check out the reaction to the felony charges and what fans are calling “The saga that ended Jussie Smollett’s career”.

Video of what actually happened to Jussie Smollett pic.twitter.com/397fEvMdai

Empire's Jussie Smollet attacked: He had rope around his neck and chemicals thrown at him

The attackers were wearing MAGA hats - referring to the slogan that Donald Trump used during his 2016 election campaign.
TshisaLIVE
3 years ago

WATCH | Jussie Smollett 'attack': Why it's important to wait for the facts

The past few days have seen an unprecedented amount of hatred towards Empire actor Jussie Smollett after a report by CBS claimed that insiders had ...
TshisaLIVE
3 years ago