He spoke in Xhosa and local fans died of laughter 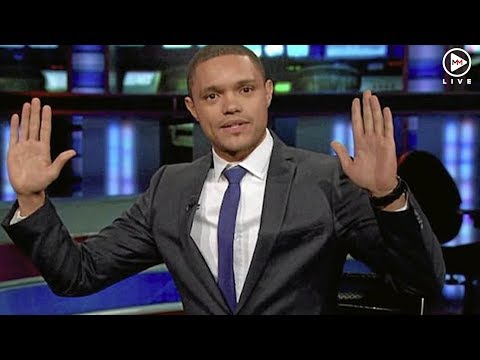 Trevor Noah may have got applause from the audience at the Oscars on Sunday night for his speech about Wakanda, but local fans were crying with laughter at the shade the comedian was actually throwing in a Xhosa-infused joke.

Trevor took to the Oscar's stage to present Black Panther as one of the Best Picture nominees at this year's award ceremony and mocked those who thought Wakanda may be a real place.

"Growing up as a young boy in Wakanda, I would see T'Challa flying over our village, and he would remind me of a great Xhosa phrase. He says 'abelungu abazi ubu ndiyaxoka' - which means 'In times like these, we are stronger when we fight together than when we try to fight apart'."

His "inspirational" story drew applause from those who did not understand Xhosa.

But those in Mzansi knew the actual translation was: 'White people don't know I'm lying'.

Local viewers watching the ceremony flooded social media accounts with reaction to the diss, making Trevor one of the most talked-about topics on Twitter.

All hail the biggest inside joke in Oscar history!

trevor noah pulled off the biggest inside joke ever told 👏🏾👏🏾👏🏾 #oscars

Trevor deserves an Oscar just for this here 😂😂😂 pic.twitter.com/RXNCosX93Q

TREVOR NOAH SPEAKING IN XHOSA JUST GOT ME PREGNANT

Trevor Noah is a boss. Had them clapping while he was roasting them 😂😂🤣 pic.twitter.com/g9zwIzdaRT

Unfortunately Black Panther didn't walk away with the Best Picture award, but it was honoured with three awards.

It won in the Best Original Music Score, Best Costume Design and Best Production Design, in turn making history for two of the film's crew who were the first black winners in their category.

In her acceptance speech, Ruth said the accolade was a long time coming.

"This has been a long time coming. Marvel may have created the first black superhero but through costume design we turned him into an African king."