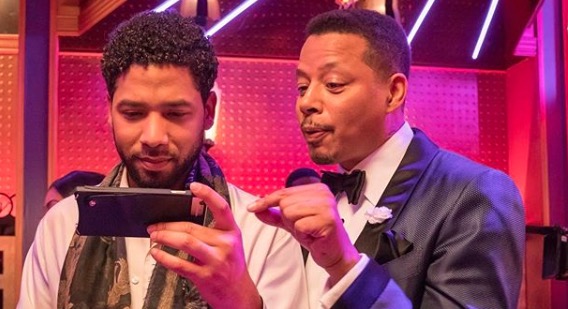 Terrence said he would be showing empathy, love and support towards Jussie.
Image: Instagram/Terrence Howard

Actor Terrence Howard has shown his support for Jussie Smollett, who is accused of staging a hate crime last month.

Terrence, who plays Jussie's on-screen father on hit TV show, Empire, posted a video of Jussie playing with a baby.

In the caption, he said that "All your lil homies got you. We love the hell outta you."

All your lil homies got you... We love the hell outta you ♥️.

The post received mixed response, with some applauding Terrence for standing by Jussie while the case is being heard and other's slamming him for not withdrawing his support for the actor.

With Jussie is keeping mum as the story of his "fake attack" unfolds, the internet is making its own conclusions.
TshisaLIVE
3 years ago

Jussie Smollet: From the 'victim' to the 'culprit'

Jussie is being accused of staging a hate crime against himself where he was 'attacked', a noose put over his head and had bleach thrown on him.

Two Nigerian men arrested in connection to the incident, and who are known to Jussie, have said they were tasked with the attack by the actor himself.

In the comments section, Terrence said that he believed Jussie was not capable of ordering the false attack on himself.

"The Jussie I know could never even conceive of something so unconscious and ugly. His innocence or judgement is not for any of us to decide. Stay in your lane and my lane is empathy and love and compassion for someone I've called my son for five years."