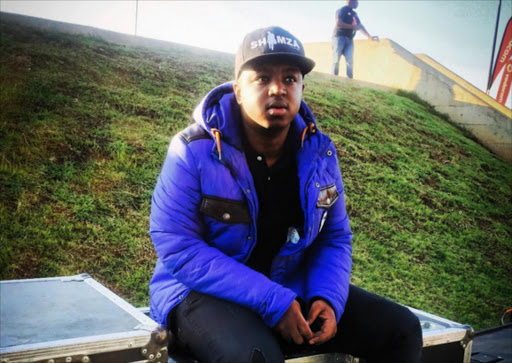 DJ Shimza is definitely going to vote in this year's elections and he isn't shy to share who he will be voting for,  telling TshisaLIVE that he will put his X next to the ANC because  they deserve the chance to rule until they get it right.

The DJ said before he's a celebrity, he is a citizen of a country and his heart is set on the ANC.

"Yes, I am voting. I am voting because I want the ANC to win. I feel like they are trying,  man. We are building a country here not some play things and it takes time. Rome wasn't built in a day. I feel like people make it seem as if the ANC hasn't done anything but they've been working, and have done a lot for the country. There's evidence everywhere."

He added that he won't miss a chance to keep the ANC in power, because he believes they are quarter-to getting it right.

Shimza pointed to the success story of the ANC, including new schools that have been opened, programs like the National Student Financial Aid Scheme (NSFAS) and free education.

The DJ says he believes the party can do more if given the chance and it is all about trust. A real case of "better the devil you know than the one you don't..."

"I am not saying that they are saints, most definitely not. But as far as political parties go, I trust them more. I mean I can't give the DA to govern the country, have you seen what they've done to Cape Town? Cape Town is one of the most racist towns in the country. There's so much segregation in that province. The town is always developing but the squatter camps keep getting worse. You can clearly see that they ( the DA) are focused on only bettering the lives of certain people. It is centered around making the lives of white people better."

Well, Shimza says he actually likes the party but still doesn't trust them to run the country.

"The EFF is dope. Like I love the EFF and what they stand for but I'm not sure if we can trust them with our country. Also, Julius comes from the same ANC that y'all keep saying is corrupt. Like who knows how power will change him? It's a touch and go situation with them."

Shimza said no matter how people shared different views of their political affiliations, his biggest hope was that people make their voices heard by voting.

DJ Shimza is taking his One Man Show to Paris, and it's just the beginning!

'Even if only two people show up, I would still feel good because the bottom line is I saw something I wanted to do and I did it'
TshisaLIVE
3 years ago

That beef wasn't out for long.
TshisaLIVE
3 years ago

WATCH | Dorothy Masuka rolled back the years in her last performances

The star was full of life as she took to the stage to pay tribute to Bra Hugh, and later at Ma Winnie's memorial
TshisaLIVE
3 years ago