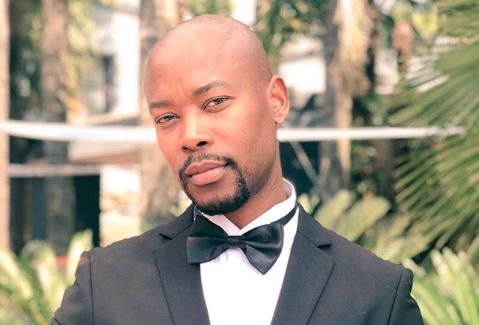 Schumacher played by Vuyo Ngcukana is was a great witness for the Mabuzas in court.
Image: Instagram/Vuyo Ngcukana

It looks like Schumacher suddenly remembering where his bread is buttered may have just saved Goodness's sinking rape case. And when he felt "victimised" on that witness stand, he also put on his "Xhosa lawyer" cap and fans loved it.

Schumie, who has been dating Goodness's mother Tgom, was called as a witness in the rape case against Thabiso by Goodness. After Petronella's testimony looked like it further buried Goodness, despite Patty's best intentions, it was up to Schumacher to help turn things around and he came through hard.

But more than his surprising composure, tweeps were impressed that Schumie was quick to "protect" himself when he felt like Thabiso's hardcore lawyer was beating him into a corner.

They also had the memes ready.

#Schumacher nailed his questioning as a witness in court. #TheQueenMzansi pic.twitter.com/9hnhmzY9qp

"It’s okay to see a psychiatrist, psychologist or a therapist if you are not okay."
TshisaLIVE
3 years ago

R Kelly behind bars: Everything you need to know

R&B singer R Kelly made headlines this weekend after he was arrested on Friday night and appeared in court on Saturday facing 10 counts of criminal ...
TshisaLIVE
3 years ago

Shimza won't miss a chance to keep the ANC in power, because he believes they are quarter-to getting it right.
TshisaLIVE
3 years ago

WATCH | Support for Nasty C after he revealed a 'big secret'

The rapper says he was teased as a kid and can't hide it anymore.
TshisaLIVE
3 years ago