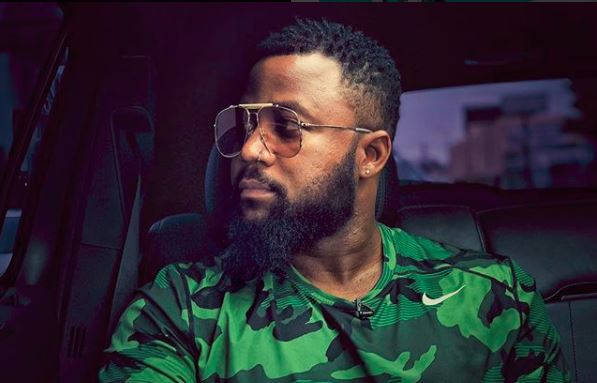 After initially being accused of not speaking out about important issues, following the death of  Thoriso Themane over the weekend, celebs have added their voice to the calls for justice.

As reported by TimesLIVE, at least one school pupil was implicated in the killing of the man whose body was found dumped in Flora Park, Polokwane. The Limpopo education department said on Tuesday it was working with police to investigate the incident.

Videos of the alleged murder were shared on social media this week. In one, a boy in school uniform is asked if he feels good about killing a person. The boy says yes, explaining that he knows that nothing will happen to him.

The videos have sparked outrage among social media users and have lead to calls for justice.

While people encouraged each other to share the message #JusticeForThoriso, they also criticised local celebs who they claimed would not join the movement or speak out on the issue.

A few Twitter users added that celebrities only engaged with fans when they needed to find their missing cars or wanted to promote their new projects.

O maka nanas man. South African celebrities are always under attack cause la re nyatsa. Y'all don't respect us as much as your faves so y'all always tweet sideways about us. La re phaphela. I see so many celebs always trying to create awareness when needed and encourage youth. https://t.co/ymNuqKMauu

He then recounted an experience where a friend of his was murdered but the boy responsible "walked free" because his mother was a cop.

"Never been a violent dude. Grew up around it. Never been my vibe. One of my friends by the name of Itumeleng Mpedi was killed trying to stop a fight and the killer walked free cause the mom was a cop. It really happens in this country and that boy knows it. #JusticeForThoriso."

Ive been following this #JusticeforThoriso hashtag and I am scared of viewing the video. I'm sad and I just can't believe how cruel some people can be. I hope thoriso's family gets justice. I also hope our country heals from all this violence.

Other celebs also responded to the videos, sharing their shock and disgust.

TV and radio personality Hulisani Ravele said "we are a society in moral crisis", while actress Zenande Mfenyana said we need the Lord to intervene.

This is heartbreaking. We pray and we must fight for #JusticeforThoriso. Let's pray for his family guys. Wow. My heart is broken.

I pray that his parents never see that video. Such pain and suffering. #JusticeforThoriso

I’m just waiting for someone to make an excuse for these evil children!!!#JusticeForThori

What a scary world we live in 😞 #JusticeforThoriso

Damm #RIPThoriso My heart is so heavy 💔. I can’t even imagine how his family is feeling rite now. I fail to understand how can people be so evil.

At a loss for words 💔🥺 #RIPThoriso

Meanwhile, an online petition has been started to get the Department of Justice to intervene in the matter. It has gained more than 17,000 signatures in a little over 14 hours.

"We want justice for Thoriso. We want the boy who killed him to get arrested and serve his time in jail," the petition reads in part.

Friends of the man who was beaten to death and dumped in Flora Park, Polokwane, at the weekend on Tuesday expressed shock and dismay at the killing.
News
3 years ago

South Africans have united in calling for justice for Thorisho Themane after video footage purportedly showing him being beaten to death emerged on ...
News
3 years ago

The Limpopo education department on Tuesday said it is working with authorities after at least one school pupil was implicated in the killing of a ...
News
3 years ago