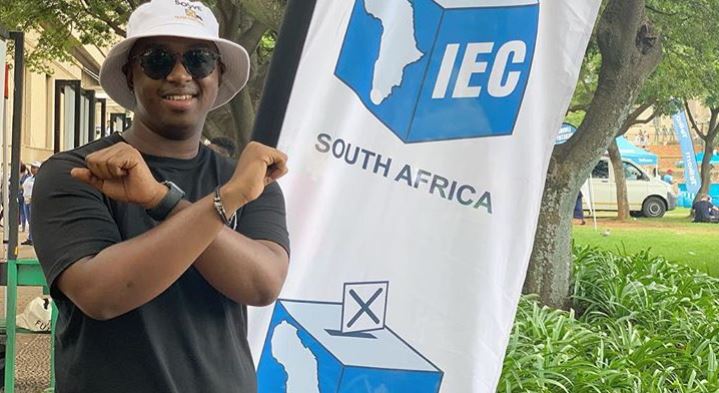 DJ Shimza has defended his decision to vote for the ANC in the upcoming elections, after his comments to TshisaLIVE this week were criticised by users on social media.

Shimza told TshisaLIVE that while he liked the EFF, he was going to stick to the governing party for now. He said that part of the reason was because he believed the party could do more if given another chance.

"I am voting because I want the ANC to win. I feel like they are trying, man. We are building a country here, not some playthings, and it takes time. Rome wasn't built in a day. I feel like people make it seem as if the ANC hasn't done anything but they've been working and have done a lot for the country. There's evidence everywhere."

But, like religion, politics always makes for a rowdy dinner conversation and Shimza's comments stoked anger and debate on social media.

He responded to the backlash by pointing out that he is a regular citizen before being a celeb.

Shimza added that it was only a matter of time before celebs were silenced on issues and sworn at for speaking politics.

"Konje, the time is near where we are 'celebrities' and not South Africans and can’t comment about the politics of the country we live in, the way we are going to be sworn at," he wrote on Twitter, next to a series of crying-with-laughter emojis.

The star, who recently tweeted about his car being stolen, also laughed off suggestions that he was getting cars from the ANC in return for promoting the party and said he wouldn't be told when to speak about politics.

ANC gives cars now? Another reason why I should vote for them I guess 🕺🏾🕺🏾🕺🏾

So we must speak about voting when it suits other people?

Hante is ANC not a political party? 🤷🏾‍♂️

Yea it’s bad but not voting will not change anything

Shimza won't miss a chance to keep the ANC in power, because he believes they are quarter-to getting it right.
TshisaLIVE
2 years ago

DJ Shimza is taking his One Man Show to Paris, and it's just the beginning!

'Even if only two people show up, I would still feel good because the bottom line is I saw something I wanted to do and I did it'
TshisaLIVE
2 years ago

Shimza said he's grateful despite the theft.
TshisaLIVE
2 years ago