Over the past week someone said, "Trevor Noah went on one of the biggest stages in America and told an inside joke only South Africans would immediately understand. I know a GOAT when I see one." I agree.

I'm here to say that comic genius aside, Trevor did Mzansi a solid with that joke and for me, it was even more than that.

In case you missed it, what had happened was:

Trevor took to the Oscar's stage to present Black Panther as one of the Best Picture nominees and dropped one of the most legendary jokes he's ever shared.

"Growing up as a young boy in Wakanda, I would see T'Challa flying over our village, and he would remind me of a great Xhosa phrase. He says 'abelungu abayazi ndiyaxoka' - which means, 'In times like these, we are stronger when we fight together than when we try to fight apart'," Trevor said to loud applause from Hollywood's crème de la crème.

Meanwhile, here at home, we were rolling on the ground with laughter because what Trevor's isiXhosa quote actually translated to was 'White people don't know I'm lying'.

After I laughed my ass off, I really wished I could hug Trevor man because, for the first time in a while, I, a South African got the last laugh. Look, it wasn't even that long a victory but it felt great.

How I see it is that Trevor got on that stage... where Africans have always visibly struggled with the "imposter" syndrome and expressed his African side so much that he actually "politely disregarded" the people that often see themselves as superior to us.

It was so refreshing not to be the subject of the joke man... and the fact that abelungu only got the joke many hours later was the cherry on top.

Trevor himself has made jokes at our expense more than once but he's one of us... so I usually don't mind.

It's just that I've observed that in many other aspects of human existence, whether in politics, academia and even entertainment, Africa is often the afterthought, despite how undeniably brilliant we are.

And as Africans, we know this at a very deep level.

That is why we constantly battle with placing unnecessary importance on the validation from America or how in our identity crisis we gravitate towards wanting to be American. No matter how bright we shine, America (and company) always seem to imply that they had a hand in our awesomeness or can do better than our best.

So effectively, what those mere minutes of having the upper hand did for me, was it made me feel like that platform was mine as a South African. I am not even Xhosa that time (thank God I do understand it) but the happiness that hit me when I knew that the joke flew over their heads (for once) was amazing!

It's kinda petty but allow me. The way the world is set up, these moments are hard to come by.

I'm not entirely sure if they'll ever give him the platform again but hey rea leboga Trevor maan! We stan forever. 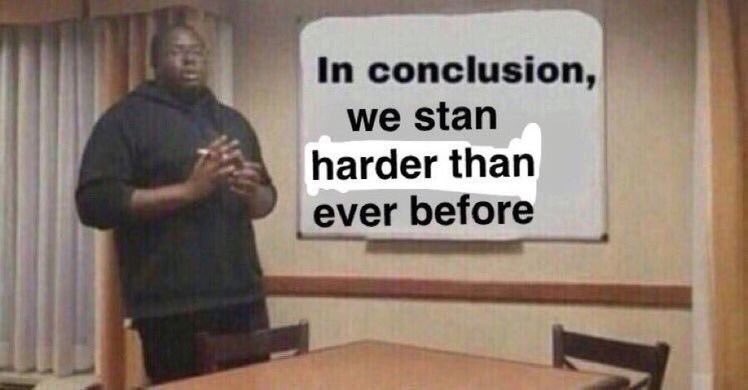 If only they knew what he was really saying...
TshisaLIVE
2 years ago

WATCH | Trevor Noah on his super awks moment with Beyoncé

Usher even tried to show Trevor a thing or two on the dance floor.
TshisaLIVE
2 years ago

Trevor Noah thinks the conversation the Jussie Smollett 'attack' has started is important.
TshisaLIVE
2 years ago