Image: Instagram/Babes Wodumo Babes Wodumo and Mampintsha have caused chaos on the internet after a horrific video has surfaced.

A video of gqom musician Babes Wodumo purportedly being physically abused by a man believed to be her long-term boyfriend, musician Mampintsha, has gone viral and has sparked widespread outrage among celebrities and the public.

A recording of the video clip which is believed to have been shared on Babes' Instagram Stories, went viral on Twitter during the early hours of Monday morning. The video appears to show a man - believed to be Mampintsha - physically assaulting Babes.

In the video clips shared on Twitter, Babes can be heard swearing at the man, who responded by slapping her. The man then walked away before returning seconds later to hit her again.

The alleged abuse has sparked several trending  hashtags on Twitter calling for Babes to lay criminal charges with police. 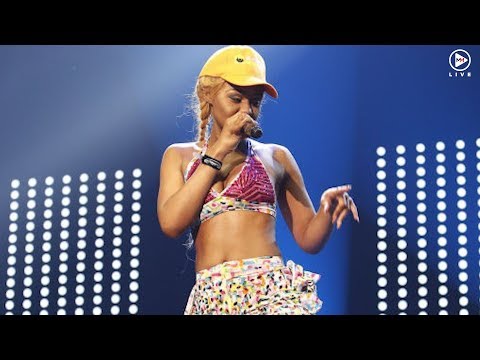 This is not the first time that abuse allegations have rocked Babes and Mampintsha's relationship. In May last year radio personality Masechaba Ndlovu confronted Babes on the allegations during an interview on Metro FM.

The interview went viral and sparked a massive debate about the abuse claims and the way the interview was conducted, among many other things.

In response to the controversial interview and the backlash that followed, Mampintsha admitted to having "over-reacted" in certain situations but claimed he wasn't an "abuser". He said he loved Babes and certainly was not out to "harm" her.

"I am no saint, nor do I plead absolute innocence in the claims made in that interview. I may have overreacted in a couple of incidents during our relationship with her over certain things I will not be comfortable to discuss in the public domain. As for the accuracy of the abuse claims, the build-up to the interview, the motive and the timing ... is a matter I will leave to fate," Mampintsha said at the time.

Babes' father, Reverend Welcome Simelane, released a media statement on the alleged abuse. He lambasted Masechaba for the way she handled the interview and went on to praise Mampintsha for his help in "grooming" Babes into the woman and artist she is.

"We were shocked to hear about it (the alleged abuse), we want the nation to know that we are against any kind of abuse against women. We were not even aware they were dating.

"After all, we thank Mandla Maphumulo for discovering talent in Babes and grooming her to be where she currently is. We thank all those who supported our daughter, it’s truly showed how much she is loved," Babes' father shared.

Although Babes has kept a low profile since that interview, when she finally spoke out  she chose not to address the abuse allegations but to rather address the way in which the Metro FM interview was handled.

Five months after the interview Babes told TshisaLIVE she was still waiting for an apology from Masechaba for "splashing" her personal news on radio.

"I am still waiting for them to come apologise to me and say, 'Babes, we apologise for the way things happened and the way we spoke to you and about you.' Because what they should have done is talk to me beforehand about what they planned to talk about on a public platform and if they had, I would have told them straight up that I am not interested."

Several attempts to get comment from Babes' management, Mampintsha and close friends of the pair were unsuccessful at the time of publishing.

Here's some of the reaction and anger surrounding the situation.

I’m not exactly sure what the law says, but can’t @SAPoliceService arrest Mampintsha first just because a crime was committed and there’s proof, even if Babes hasn’t pressed charges? Babes needs support to know we have her back, I hope she presses charges and leaves,And heals.

I dont understand men who beat women. That shit just does not makes sense!!!!! Fucking Pigs!!!!

Mampintsha needs to be stopped. I hope they make an example out of him so every man knows that hitting a woman is unacceptable and will not be tolerated. My heart breaks for Babes. 💔

Sis, @BABESWODUMO, whatever decisions you make today, do not make them out of fear. We stand with you. Ignore those who say it’s your fault & why didn’t you leave that time, today is today. @MampintshaNuz laying a hand on you is a crime. Stand sisi, we are standing with you. 💛

Send us location Mampintsha, there's a lot us who want to have a chat. Violence against women in this country is out of control and we must always take a stand! All of you who were criticising @MasechabaNdlovu are sitting there with a mouth full of teeth now? #StopWomenAbuse

Dear @SAPoliceService please can we make an example out of Mampintsha. SA women need to know that abuse will no longer be tolerated...

Is there no one else in the music industry, from record labels, lawyers to managers who can give babes the support she needs to get out of whatever contract or agreement keeping her in this abusive cycle...Before she ends up another South African Tragedy?

Someone is trying to steal a car, I see them & catch it on video then later the suspect is apprehended. Do I have to press charges? No. So it is a lie that there can’t be a case without Babes pressing charges. I honestly think the video was her only option, only cry for help.

First off, fuck Mampintsha! I said it then & I’ll say it now. He needs to be arrested & I hope it happens today. For those that keep asking though, this doesn’t change a damn thing about how Masechaba handled that situation. That sh!t was wrong too.

1. We're absolutley horrified by the actions of Musician Mapmpintsha @MampintshaNuz caught on video where he brutally abuses Internationally celebrated Artist @BABESWODUMO. We do not only condemn this senseless act but call on @BABESWODUMO to immediately press charges against him pic.twitter.com/K7W1cyO0aO