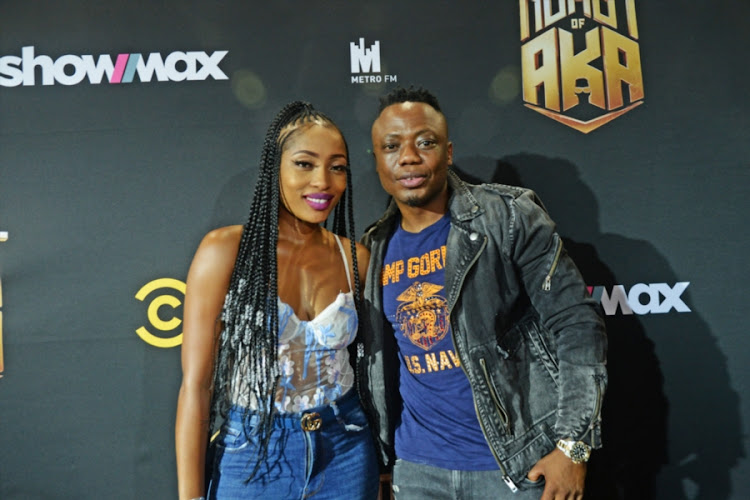 Gugu Khathi, DJ Tira's wife, has come out strongly to defend her husband and record label boss who has been dragged and labelled an "enabler" of Mampintsha's alleged abuse of Babes Wodumo on account of the fact that he's worked with the pair.

DJ Tira responded to the widespread backlash he's received after a video that  shows a man believed to be Mampintsha physically assaulting Babes went viral on Monday.

Gugu said it wasn't fair that Tira was pulled into the situation when he was actually far from it.

"It truly hurts to see how the attention has shifted to DJ Tira and not trying support Babes Wodumo aka Bongekile Simelane was assaulted last night by Mampintsha her boyfriend this is a criminal act, abuse is abuse and Mampintsha should be punished period!" Gugu explained.

The DJ had to release a statement after he found himself in the middle of a storm of reactions that dragged him for partially being an "enabler" of the situation because he knew both Mampintsha and Babes personally.

"My heart is really sad for Babes Wodumo and no woman should have to go through this. For those of you who know me, you know that I have never, and would never, enable abuse," Tira wrote.

Gugu said it was because of comments made towards her husband - which show that people are shifting their focus from the main issues - that made it hard for victims to come out and share their stories.

She said it was such things that delayed the process of action being taken.

"Ukuthi how you making this about Tira … It's amazing your comments alone are abusive for people who are saints. It's such things that made Babes go back previously because she then was made to feel sorry via your backlash against Mampintsha. Abuse is a sensitive issue also life threatening, don't focus on things or people who will delay actions that should be taken."

She appealed to police to take abuse cases seriously and said that our system has made women stay away from reporting these cases.

"Mampintsha must pay. I also appeal to our communities to just be this angry (when) our sisters are being abused. Let abuse piss you off that you wanna take action period."

Kelly Khumalo on hate: I wonder what separates cyberbullies from Mampintsha?

Kelly's name is always dragged into and she's over it.
TshisaLIVE
3 years ago

Babes Wodumo outcry: yes, you can open a case on behalf of a victim of abuse

If a victim of physical abuse by a spouse or partner is too afraid or declines to open a case, despite there being evidence of the abuse, a third ...
News
3 years ago

WATCH | Mshoza tells Babes to 'Get out before it's too late'

Kwaito musician Mshoza has shown her support to Babes Wodumo and asked her to leave the alleged abuser, Mampintsha.
TshisaLIVE
3 years ago