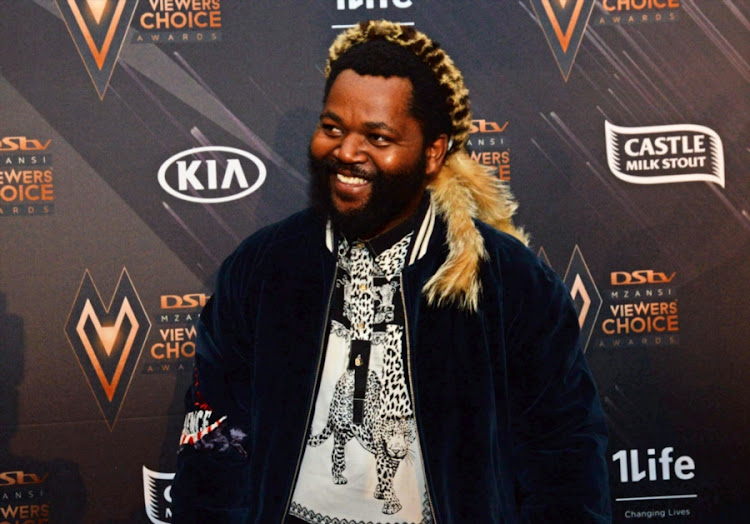 Sjava says he treasures his mother and the time they spent together.
Image: Photo by Gallo Images / Oupa Bopape

There's no denying how much Sjava loves his mama, in fact, there's a whole song dedicated to his mother Thandi Nkabinde.

The singer, who released a song called Umama on his latest album Umqele, said he didn't like his family and particularly his mom to face the pressure of the spotlight unless she wants to.

"It's crazy... like for example when I went to get this award (BET) and was told I'd have to do interviews they suggested that my mother come along. But I said no, my mother doesn't sing, I'm the singer. I never want it too ever look like I am using my mother to sell my music or to sell myself. I don't believe in that. It might be good for business but that will never be me."

Sjava said he wasn't "banning" his mom from the public eye, he just wanted her to do things on her own terms and only if it made her happy.

"My mom doesn't ever have to leave her peaceful life to be seen next to me, just for my career. Nothing like that will ever happen because it's planned. If it's organic, then that's fine but she won't be splashed on papers or whatever for my music's sake.

WATCH | Sjava plans to take his BET award to the streets

Sjava wants to share the pride with fans across Jozi.
TshisaLIVE
3 years ago

"Experiencing all of that (his mom celebrating him) while I'm still alive to appreciate it, is an amazing feeling."

With that being said, his mommy dearest wasn't about to be left out of the music video for the song dedicated to her.

And man does she radiate happiness in the video!

Babes Wodumo's sister has broken her silence on the alleged abuse involving Babes and Mampintsha.
TshisaLIVE
3 years ago

Gqom musician Babes Wodumo has broken her silence on the viral video that exposed the alleged abuse she's been enduring with a short statement shared ...
TshisaLIVE
3 years ago