Here's the 411 on The Soli's Buhle Mda's solo journey 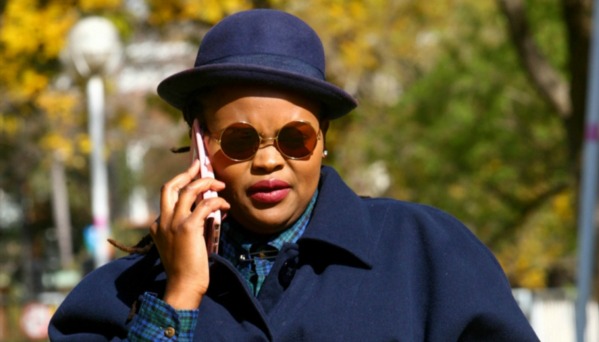 The Soil's lead female vocalist Buhlebendalo Mda has taken the plunge to pursue a solo career, but wants to make it clear that she definitely has no intention of leaving the acapella group.

Buhle, who is known globally for her soothing vocals on the group's harmonic music, told TshisaLIVE she made the decision to go solo as well after gathering enough courage.

"I think it was the day I received a complete song. This was back in 2016 during my initiation. I didn't get any (reaction from my group mates ) to be honest. We were and still are in a space where we allow and support each other in doing what we were brought here to do: healing."

However, Buhle explained that even though she's scared about the venture, she's determined to look beyond the fear to achieve her greatness.

“I was (scared), I still am. Being in a group tends to make one feel inadequate, but the voice inside then speaks beyond the self-doubt. I'm scared. I want to remain scared, being scared is not a good feeling but it reminds us of our greatness.

“I'm able to explore my individuality and none of my opinions are overlooked. I'm at a space where I can try something out and be okay with it not working out and try again. I'm also excited to be working with a band.”

Buhle admitted that a solo career meant a bit more freedom to explore different things and to take risks.

She said that her music would reflect authentic African beats and would touch on hard-hitting topics like, SA's justice system, spirituality, God, women and love.

Buhle revealed that there is an album in the works but she's yet to come up with a name for it.

Her music, like her alter-ego Sis Getty, will not hold back on any subject and she's definitely coming for all the injustice.

"I'm inspired by poverty, not just poverty of not having food on the table. But poverty that we find ourselves chained by. As a black nation, we have so many things that we are deprived of - for just being black. We always come second, no matter how hard we try. But what inspires me the most is our resilience and the vigor. As hard as life is for black people, we remain unapologetic for claiming what's ours very fast. We are getting there very fast."