‘Rasta’ Senzo Meyiwa painting has the internet in a huff 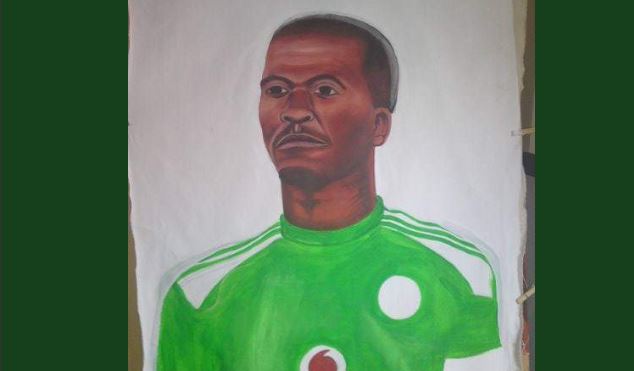 A painting of Senzo Meyiwa has caused quite a fuss on social media.
Image: Twitter/ @Lebani_Sirenje

The account, which uses the name of the artist, posted a snap of a dreadlocked man that looks similar to Rasta drawing the footballer in a green goalkeeper kit.

Gone but not forgotten🙏 pic.twitter.com/cbCSfyfv0O

The picture appears to have been taken several years ago but after it was shared on the account on Monday.

Rasta was not available to comment about the latest drawing but told TshisaLIVE in the past that the account does not belong to him.

"Someone has opened a Twitter account in my name and people are following that guy. I have no idea who he is but he's using my identity and my pictures and saying things like I'm now doing tattoos but it's not me. I am not on Twitter."

Still, the flood of memes came pouring in as Twitter users reacted to the pic.

Many flooded the comments section of the post with messages mocking Rasta and suggesting that even the painted Senzo disapproved of the drawing.

Even yo drawing is angry at u rasta pic.twitter.com/hbEv3aYGnG

Rasta who is this pic.twitter.com/DXVxLMzrq6

Rasta mfethu, please draw yourself i want to see something pic.twitter.com/LYP9miGAUS

Rasta raise your hands and close your eyse I want to pray for you pic.twitter.com/2YuHjysZx7

I rest my case with Rasta pic.twitter.com/NRgW5O5zDy

People are out here having heart attacks over his paintings.
TshisaLIVE
2 years ago

Lay off Kelly Khumalo. It is the police's job to find out who killed Senzo Meyiwa.
TshisaLIVE
2 years ago

LOL! Rasta’s 'Boity painting' has Mzansi in a mess

Pity the account is a fake!
TshisaLIVE
2 years ago