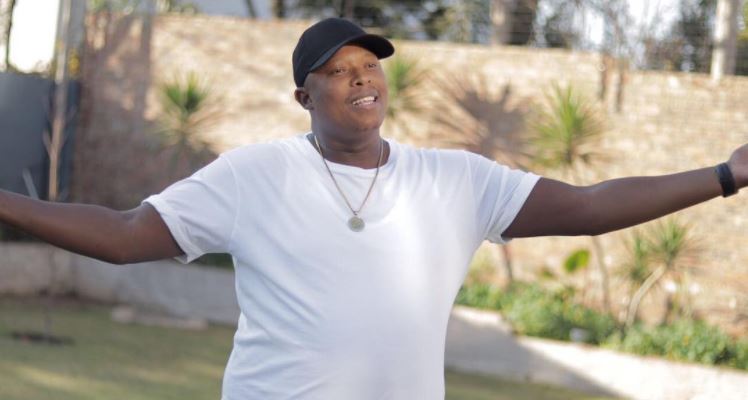 Video footage of Big Nuz musician and assault accused Mandla "Mampintsha" Maphumulo being confronted and pushed around by patrons at Cubana Lounge in  Pietermaritzburg has gone viral on Sunday.

Mampintsha sparked outrage across the country earlier this month after video footage of him slapping his estranged girlfriend Babes Wodumo several times went viral on March 4.

Mampintsha was released on R2,000 bail after being arrested by police on charges of assault. He has since opened a counter charge of assault against Babes.

In footage that made its way onto Twitter on Sunday, Mampintsha could be seen entering a section of the lounge where he was greeted by chanting fans, who pushed him around and seemingly tried to block him from entering.

A staff member from Cubana, who did not want to be named due to safety reasons confirmed to TshisaLIVE that Mampintsha was confronted by some patrons at the venue on Saturday night, however was not kicked out.

"Mampintsha was not booked to perform here but he did arrive in his personal capacity. When he arrived some people started whistling, chanting and pushing him around but there was no violence. He (Mampintsha) was not kicked out of the venue and went to a separate lounge where he had a few drinks and then left."

The incident comes hours after Mampintsha issued a public apology on Instagram.

"South Africa, I'm sorry! I know many of you don't want to hear it kodwa from the bottom of my heart, I would like to send my deepest and humblest apologies."

Mampintsha went on to claim that he had been "in a shell" following the incident and that he regrets "allowing" his emotions to get the better of him.

"I am in a dark place and kunzima but I have to face this like a man."

"South Africa, I'm sorry! I know many of you don't want to hear it kodwa from the bottom of my heart, I would like to send my deepest and humblest ...
TshisaLIVE
3 years ago

Meanwhile, social media has been abuzz with reaction to the incident at Cubana.

Nothing more exciting than seeing Video of Mampintsha being kicked out of Cubana in PMB. This is S.A i wanna see. pic.twitter.com/ffE4ZIgMCY

Someone balance me please, so Mampintsha was apparently kicked out of Cubana and people were shouting "khon'iyngane landlini" but it is said that he ended up performing anyway, ley'ngane zihambile yini? #Cubana #Mampintsha pic.twitter.com/oURKgqmc7i

Sata frika 's people.. Cubana was lit not untill u started your witchcraft when u c mampintsha pic.twitter.com/heiYzsivLw

So our leaders of the new world kicked Mampintsha out of the club🤣🤣🤣🤣🤣🤣🤣🤣🤣🤣🤣 pic.twitter.com/JgjTrrrnDL

"South Africa, I'm sorry! I know many of you don't want to hear it kodwa from the bottom of my heart, I would like to send my deepest and humblest ...
TshisaLIVE
3 years ago

'Silencing Mampintsha means taking away food from all the people that depend on him,' DJ Fisherman said
TshisaLIVE
3 years ago