AKA over the moon with Nickelodeon Kids Choice award 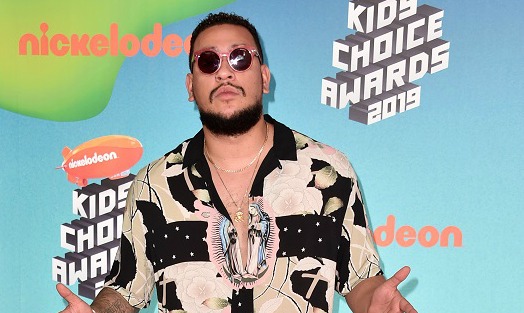 Unlike many of us, rapper AKA will wake up without the Monday blues this morning after he scooped up a prestigious Nickelodeon Kids Choice award at a glitzy ceremony in LA on Sunday.

The Supa Mega won the award for Favourite SA Star. He competed with Nomzamo Mbatha, Somizi, Kagiso Rabada and Siya Kolisi for the prize.

It gives me great pride to accept this @nickelodeon KIDS CHOICE AWARD 🔶🥇on behalf of my daughter and all of the Ⓜ️EGACY ❤️ Thank You so much for all the votes 🗳 ...So amazing to have the young ones rocking with me as their #1 after 10 + years in the game. From AFRICA TO THE 🌎 pic.twitter.com/KBOqPNDb1H

AKA became the first SA rapper to win the award.

He dedicated the win to his daughter Kairo, his fans and also rapper Kwesta, who held his white wedding this weekend.

"I also want to dedicate this award to my brother Kwesta and his wife who got married this past weekend. I couldn’t attend because I had to be here in LA. God bless the Vilakazis and cheers to many happy years of more life."

Ever since AKA's nomination was announced earlier this month, Kairo has been on a mission to make sure her daddy wins the prize. She posted a cute video asking the nation to vote for her dad so she could slime him at the awards, as is customary for winners.

Unfortunately Kairo couldn't make the trip because of visa issues, but she sent her favourite doll to represent her.

AKA took the doll with him to the awards, even jokingly making conversation with it in videos on his Instagram live.

Out on social media, the streets were filled with memes and messages congratulating Kairo ...and her dad.

Kairo I voted just for you princess

Congratulations to princess Kairo on the @Nickelodeon award 🇿🇦🇿🇦 pic.twitter.com/cSniy4zJy1

Congratulation mega💕 Kairo got this😋 pic.twitter.com/VvdevTAqTI

Kairo wants AKA to take her doll with him to make sure he wins.
TshisaLIVE
3 years ago

AKA’s daughter Kairo couldn’t contain her excitement and pleased with fans on Instagram to vote for her daddy.
TshisaLIVE
3 years ago

DJ Zinhle dragged for taking AKA back, snap of them kissing goes viral

Is DJ Zinhle right to go back to AKA?
TshisaLIVE
3 years ago