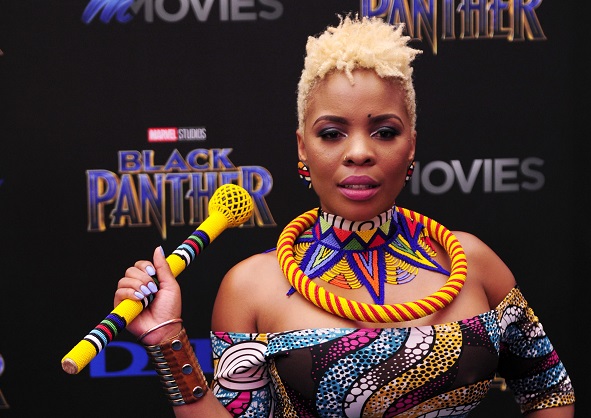 The first episode of The Big Secret season two aired on Wednesday night, with Masechaba Ndlovu as the new host.

And despite the huge, unsettling secrets that were revealed, all Twitter wants is the location of the sangoma who "heals" HIV/Aids.

The BET reality show, which features people who want to break hidden truths to their loved ones, introduced the world to a young sangoma named Yolanda Dandala.

Her story was that she had an ancestral calling very early in life and embraced it by going to a gobela's house so she could begin her training. Her experience turned sour when her gobela allegedly raped her and gave her HIV.

As much as her story was sad, fans quickly went from sad to confused when she revealed that, after testing positive for HIV, she found another sangoma in Dube, who healed her of the incurable virus.

Masechaba, who spoke to TshisaLIVE at the private screening on Wednesday night, said she anticipated that people would react to Yolanda's "truth" that she's now HIV free thanks to that sangoma.

However, fans were just not having it!

#bigsecretbet Can she lead us to the sangoma that drained the HIV out of her system?Let's find this cure and fix the country.

So she vomited, steamed, took concoctions and hiv was drained off her system. Who is this sangoma? Mara these reality tv actresses 😯😯😯#BigSecretBET

There's something not quite right with this story on #BIGSECRETBET. pic.twitter.com/VvDk38DrFn

Me waiting for it on catch up like @DStv #BIGSECRETBET pic.twitter.com/4cxrPOZHXx

The actress is living proof of #BlackGirlMagic at its very best!
TshisaLIVE
2 years ago

Dr Malinga: I don't care about the parents' drama, I want the kids to win

Fans didn't understand why the DJ would ever put work before family.
TshisaLIVE
2 years ago