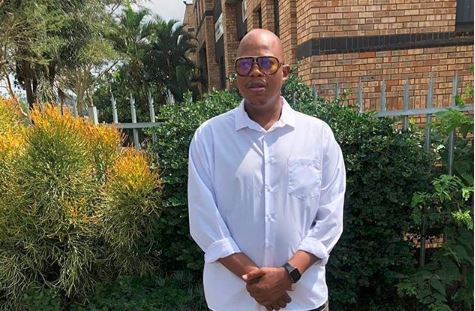 Mampintsha is currently in therapy to deal with his issues.
Image: Instagram/Mampintsha

Assault accused musician Mampintsha has started an organisation called #FixHimFixIt aimed at helping men talk and deal with issues that could lead to abusive behaviour.

Mampintsha was charged with assault and released on R2,000 bail after a video of him slapping his girlfriend and gqom star Babes Wodumo went viral.

He has since opened a counter charge of assault against Babes.

Durban-based event organiser and artist manager Dogg DBN (real name Lindo Buthelezi) confirmed to TshisaLIVE that the organisation was Mampintsha's idea and that he is only helping him with the execution.

"This is something that Mampintsha decided on, it was his idea and I just stepped in to help him implement."

"I know it's unfashionable to be beside you right now but I’m really proud of you for taking responsibility and accepting the repercussions of your actions. I'm really proud of you that as a black man your'e seeking professional help and over and above that making sure that your situation does not happen to anyone else especially the people that love your music n look up to you."

Dogg explained that he hoped the organisation would help men to open up about their problems.

"We're raised to bottle everything up and when explosions happen people say 'whatever'. Now is a turning point for every young African man to face the things that make us ashamed, like speaking to professionals, and stop bottling everything up! I will support you in this journey because if we fix the male figure in society through education - we fix the whole abuse problem. Stay strong."