Image: John Liebenberg J'Something has encouraged fans to donate anything they can to victims.

Mi Casa lead singer J'Something who has strong roots in Mozambique joined forces with his band members to launch a crowd funding initiative in the wake of the devastation caused by Cyclone Idai.

The tropical storm that ravaged through the coastal city of Beira in Mozambique on March 14 also affected Malawi and parts of Zimbabwe. More than 600,000 people have been affected by the devastation with the death toll said to be at 738 on Saturday.

In a lengthy Instagram J detailed how shattered he was by the destruction of the cyclone.

He revealed that Mi Casa decided to donate their payment from a performance at the Moments of Jazz festival in Maputo last weekend to The Gift of the Givers Foundation, which has been providing relief to victims.

"I don’t quite have the words but let me try. Last night we had a beautiful show in Maputo, Moçambique at #MomentsofJazz. I was so emotional arriving in this country because my dad lived here and worked here for many years, my grandmother was born here and my great grandfather is actually buried here and my family lived in Beira for a long time.

"Half of my family is Mozambican so when I heard and saw the images and videos of what Cyclone Idai did my heart shattered in pieces. I knew I needed to do something."

"I wanna encourage all of you that follow me (friends/family/artists/companies) to get involved with us to try and raise R500, 000 to donate to Gift of the Givers. No Gift is too small." 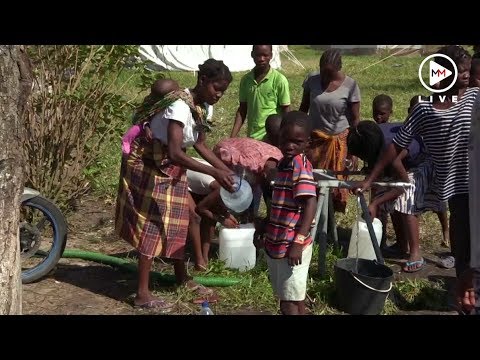