Cassper: It's your very own people that are bothered the most about your success 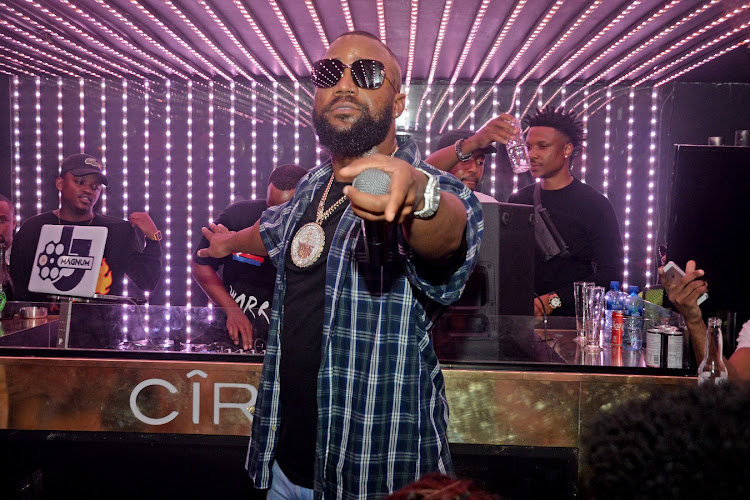 Cassper Nyovest said he's aware that there may be people in his hometown hurt by his fame.
Image: Gallo Images/Oupa Bopape

The sudden and horrific death of US rapper Nipsey Hussle has seen South African rappers count their blessings that they don't face the same threat - but Cassper Nyovest has said that in some ways SA rappers are worse off.

Cassper replied to a tweet by a fellow rapper, who claimed that their hometowns have become somewhat dangerous to them as musicians.

Cass has shared previously that since he became famous he isn't as fond of going home.

The rapper, who is from Mahikeng in the North West, said after his best friend Carpo almost got stabbed in their hometown, it confirmed his theory that it's usually "your people" that are bothered by your success.

Carpo used to tell me shit for not being fond of going home until Carpo almost got stabbed in Maftown taking a nap in the car. He called and said "Dawg you were right, this shit is scary". It be your very own people that are bothered the most about your success. Its sooooo sick. https://t.co/b2AWOTqBV3

Cassper added that he knows he's blessed to be where he is today and he doesn't take that for granted. Especially knowing that the reality is that many people aren't happy for him and are constantly trying to pull him down.

He used the fact that Nipsey was shot by someone in his hometown as an example.

"Nipsey was shot by someone he had an argument with earlier on in the day (sic). The fool went home to fetch a gun, came back and popped him. It's published information."

The rapper added that he's realised there's nothing successful people could do to stop hate from coming their way.

"I used to think hate was a reaction caused by an attitude or action so I'd like try to avoid being the guy everyone hates. Now I've realised kuthi you can't win with people, especially when you're successful. Just that in itself is enough reason for you to be constant target," Cassper said.

Im very lucky and im very blessed to be where i am. I still deal with my own people trying to pull me down daily. I deal with the system that doesnt want to empower me. I deal with security issues cause my people are robbing our own and taking thier jewelry. Its not easy bro. https://t.co/p2YcKF80hL

Technically, the system is setup for black man to fail. Its setup in a way that we kill and hate each other. Not omly by guns but we are our own worst enemies. We don't even want to speak about that. https://t.co/3PlTxs03qE

Twitter was in shooketh mode after last night's episode of 'Uthando Noxolo".
TshisaLIVE
3 years ago

Is it too late now to say sorry? Justin Bieber apologises for preggie prank

'But I will apologise anyway and take responsibility and say sorry to people who were offended,' Justin said
TshisaLIVE
3 years ago

Lawyer, model and activist Thando Hopa has made history by becoming the first woman living with albinism to appear on the cover of Vogue.
Lifestyle
3 years ago