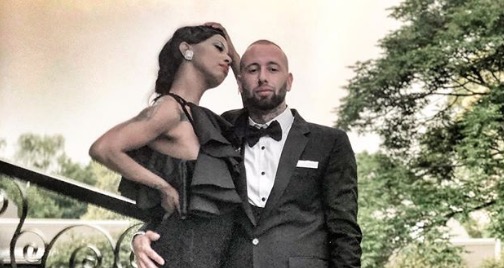 It was a case of once bitten, twice shy for fans as news of Kelly Khumalo and rapper Chad Da Don's engagement spread like a wild fire over the weekend, as they weren't sure just how true the announcement was.

However, Chad's mother and manager Norma Mansoor confirmed to TshisaLIVE that the pair are engaged and that while they split just over a month ago, the pair are back together and are happier than ever.

Norma also made it clear that it has nothing to do with the track they released on Friday, April 5.

"Yes, they are back together and are engaged. I think it's ruthless and thoughtless for people to just label their love or what they have as a publicity stunt. Especially because there are children in this picture. Chad is besotted with those kids, we love those kids and they would never play with the kids' feeling in the name of publicity," Norma said.

On the same day that Chad and Kelly confirmed they are engaged, they also dropped a wedding-themed track titled, Gcwala.

Norma said they had been planning the release of the song for a while and had a different marketing strategy in place.

The momager emphasised that her son always prioritised Kelly and her children and made reference to an interview Chad did shortly after their split, where he only asked people to respect that there are children involved in their relationship, who should never be hurt by adults' ups and downs.

'Was the break up ever real ... Will we ever get the real story?' fans asked as videos and snaps of the pair popped up
TshisaLIVE
3 years ago

Despite whatever caused Chad and Kelly's split, they seem to have worked out their issues and are smitten with each other.

Just check out this video.

#Gcwala out on iTunes and all digital platforms 💫

A warrant of arrest is out for Babes Wodumo after she failed to appear in the Durban magistrate's court on Friday.
TshisaLIVE
3 years ago

Mjosty is certain all his fans, young and old, will love his new track
TshisaLIVE
3 years ago

On what would have been his 80th birthday, Google and music lovers are celebrating the life of Hugh Masekela.
News
3 years ago