Natasha Thahane on life in America: I experienced racism when people found out I was from Africa 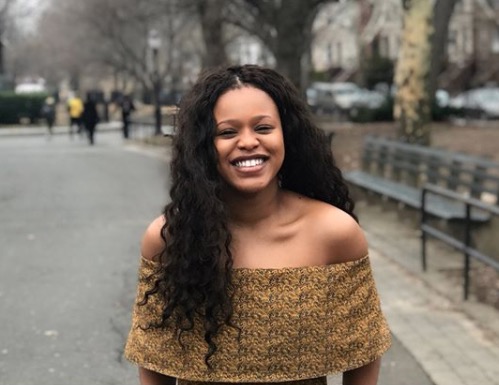 Young actress Natasha Thahane left her job on The Queen to follow her academic ambitions to study directing and producing in New York but that part of her life, while it looked glamorous on Insta, wasn't always great.

Many times it was because of the racism she faced.

Speaking to Drum, Natasha said that, in addition to being humbled by the lifestyle she had to live that side, it wasn't pleasant to be a victim of "in your face" racism.

"It wasn't long before I started experiencing racism when people found out I was from Africa. They made comments about my hair, the way I looked. One lady even moved when I came to sit next to her on the subway."

And while Natasha could handle that, it was the racism that she experienced at the hands of her Russian roommate she couldn't deal with.

"She wasn't used to interacting with black people. She would often sanitise anything I had touched. I became tired of it and confronted her," Natasha said.

Despite the difficulties Natasha graduated with flying colours from the New York Film Academy and made her family proud.

Now that she's back, she hasn't stopped making major moves, with her latest being a role on the much-loved drama series Lockdown.

The former Skeem Saam actress sent her fans into overdrive last week when she announced that she had joined the cast of the popular prison drama series.

Natasha will play the role of Katlego on the show and took to Instagram on Thursday to give fans a glimpse of her character in action.

MEET KATLEGO. I’m both thrilled & humbled to announce that I’ve joined the cast of LOCKDOWN, SEASON 4!! This means that I get to work alongside some of the best in the country, actors I’ve admired for the longest time! I couldn’t be thankful enough. The work that we do requires a never-ending effort in making sure that we often dig deep and give the best of ourselves. One has to constantly polish the craft and beat it into shape. I hope that this new role affirms your belief in me, and that I don’t let you down 🖤🎥🎬 God’s Grace. #LockdownS4

The Queen's Petronella is already the wooden mic winner at Idols!

Can someone please pass around a donations basket to collect money for sis Patty to get singing lessons.
TshisaLIVE
3 years ago

Several pastors have made headlines recently for everything from accusations of sexual assault to them showing off their flashy lifestyle.
TshisaLIVE
3 years ago

Mjosty is certain all his fans, young and old, will love his new track
TshisaLIVE
3 years ago

To think it all started with a book signing.
TshisaLIVE
3 years ago