"I want to become a style icon and that requires some bold moves," Lasizwe said 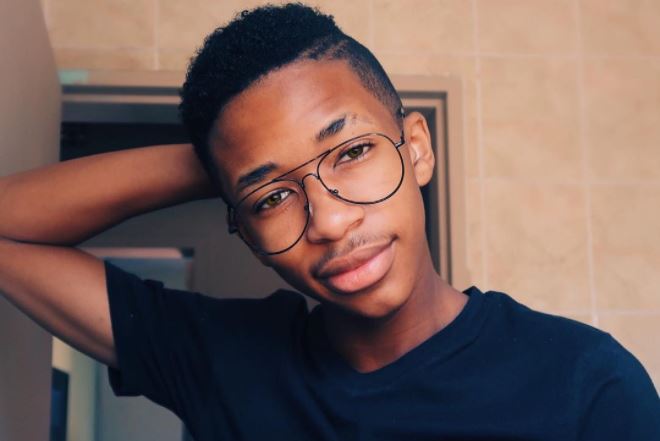 Lasizwe took note of every single comment that was made about his outfit to the E! Africa 15th anniversary party on Thursday night, which resulted in him topping the trends list.

But the reality star told TshisaLIVE he couldn't give two 's**ts' about the criticism because he's on a bigger mission.

Social media was a drag fest on Thursday evening when some of your faves, including Minnie Dlamini, Bonang Matheba and Lasizwe, were mocked for their outfits at the swanky event in Joburg.

Lasizwe wants to let haters know just where to get off.

"This season I am going hard! I want all my looks to change the idea of body comfortability and to evoke reactions. With yesterday’s outfit, I got the perfect reaction I was looking for... I deliberately made myself the sacrificial lamb in order to prove a point!

"Many males have done something similar for example Riky Rick in a video dancing in his underwear and robe. Everyone had mixed reactions to that video but because he was straight he could get away with it and perform in his underwear. With me on the other hand, that picture provoked homophobia, bullying and body shaming maybe because of my age or my sexuality. We live in the 21st Century where we have the right to express ourselves freely," Lasizwe said.

While Bonang's outfit felt a bit too familiar for fans and Minnie's pink panther-cum-Madonna-cum-Marilyn Monroe was a hot pink mess, Lasizwe's outfit was just missing a lot of things for tweeps.

Minnie, Bonang & Lasizwe got dragged for their E! Africa looks

The internet was a mess!
TshisaLIVE
2 years ago

According to tweeps, fabric, a little more fabric, and just a tad more fabric would have made Lasizwe's outfit work. He had different ideas and he explained his inspiration to TshisaLIVE.

"I want to be the icon young gays look up to and draw inspiration from. I want to prove to a point we still live in a sad world where you need to look 'straight' and not wear makeup or express yourself femininely to be in a decision-making boardroom meeting. It needs to change and I want to make that change."

The vlogger-cum-TV presenter says he wants to reach the Lady Gaga and Rich Mnisi's level of style icon and that last night's outfit was only the beginning. He said he was willing to be the 'sacrificial lamb for real style'.

"I want to become a style icon and that requires some bold moves."

IN MEMES | The Mselekus are back, but all fans want is wife number 5!

Will there be a wife number five for Musa?
TshisaLIVE
2 years ago

Tresor has condemned the xenophobic attacks in Durban recently.
TshisaLIVE
2 years ago

Kim Kardashian on studying law: 'I realised that if I knew more, I could do more'

Kim Kardashian says after meeting attorneys during the process of granting Alice Johnson clemency, she realised that she needed to learn more about ...
TshisaLIVE
2 years ago