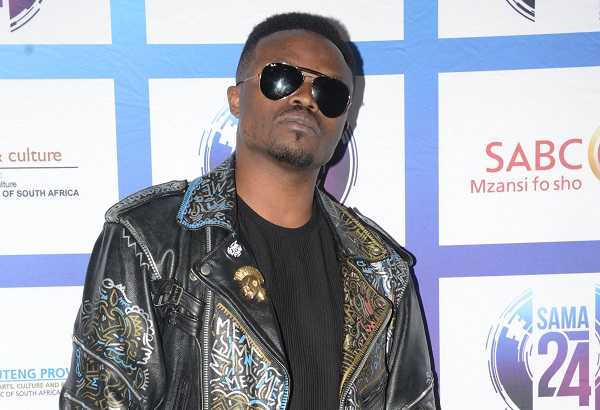 SA-based Congolese musician Tresor was left distressed by the recent xenophobic attacks in Durban, knowing all too well what it is like to be a victim of such hatred.

As a foreign national, Tresor has committed himself through his role as an international United Nations Refugee Agency Ambassador to bring global awareness to the crisis.

About 100 Malawians fled to the Sydenham police station in Durban recently when community members in the Burnwood informal settlement forced them out of their homes. The incident sparked outrage on social media and from activists across the country who called for peace and humanity to prevail.

Tresor told TshisaLIVE that something needed to be done.

“Our people hate ourselves. There is a small minority that is showing their frustration in a cruel way. They are hungry and poor and vent their frustration by attacking the next person, who is a foreigner, who they think is more successful than them.”

The musician said he was in talks with the United Nations High Commissioner for Refugees (UNHCR) to start a digital campaign to make people aware how cruel xenophobia is.

Tresor has been an ambassador for the UNHCR for over a year now and said he accepted the role because of his own experience as a refugee relying on the help of others in order to survive.

Hailing from Goma, the capital city of North Kivu province in the eastern Democratic Republic of the Congo which borders Rwanda, Tresor was orphaned at an early age and saw the cruel effects of the Rwanda Genocide first hand. After finishing high school, he headed for Durban by foot, train and car to pursue a music career. He arrived in SA in 2007 with no family, money and did not speak English.

He said that he experienced countless instances of xenophobia but was unperturbed by it while many others around him were shocked and sometimes feared for their life.

“You can’t break people who are already broken. When people come from a different country, their lives are already broken because of what they have gone through. They are just looking for a small place to breathe and find peace.”

Tresor said he was grateful that with his own experiences it never got violent.

“There were fights and verbal insults but, for me, it was very systematic. It was people preventing me from getting certain opportunities and looking down on me. I didn’t let it get to me because I think those people didn’t know better but when people are losing their lives and their possessions are being destroyed, we need to speak out.”

He said that witnessing the Rwanda Genocide made him more adamant to make sure xenophobic attacks never got to a level where it robbed people of their humanity.

“You become numb to a lot of things. You see life and death as not that important. Personally it took me a long time to understand how important life is. I’ve only found healing in the last three or four years. It has taken me over 20 years to heal from what I had seen.”

The xenophobic attacks in Durban, KwaZulu-Natal, last week have rattled Zimbabwean nationals in other parts of the country, with some opting to ...
News
3 years ago

Minister of international relations and cooperation Lindiwe Sisulu has called an urgent meeting of African ambassadors to discuss the current spate ...
News
3 years ago