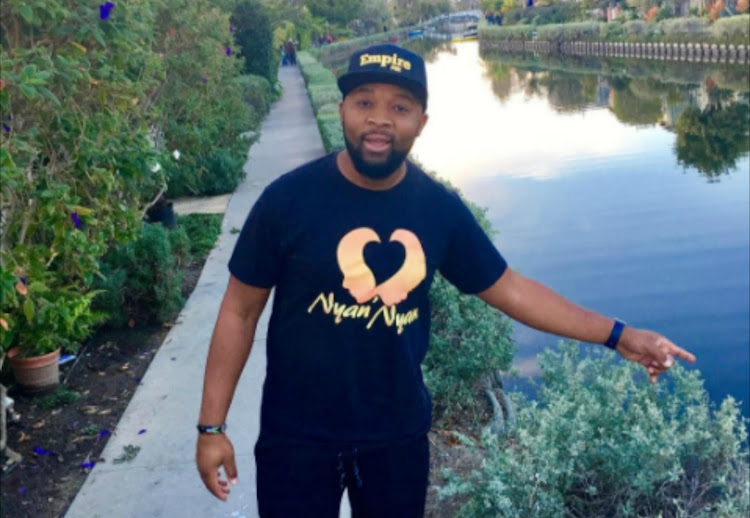 China and Sibongile may have taken their relationship to Nyan'Nyan for advice, but, according to fans, it was host Luyanda Potwana that needed the help.

Sibongile believes their relationship is in ICU and asked the hit confessions show to help her get clarity on where she stands with her bae.

She confessed that her child is China's and called him to the show to tell him.

China wasn't too bothered but really had viewers in a mess when he told Sibongile that they were not in a relationship but just friends with benefits.

Of course, it was a discussion that should have been had in private, but viewers still couldn't help but giggle at the encounter.

But it was actually Luyanda that stole most of the attention, with the streets convinced that he is out here drawing his beard for the people.

Lol. Does Luyanda dye his beard or? #NyanNyan

#nyannyan is this guys beard real, too perfectly connecting?

I think am ready to see Luyanda's barber #NyanNyan pic.twitter.com/3K9yheJhau

What's happening to Luyanda Potwana??? Has he drawn on his hair and beard??? #NyanNyan

U Luyanda is so spicy on this episode "ziyaphapha itshomi Sibongile" lol!!! #nyannyan

Is it just me or Luyanda extra spicy? #NyanNyan pic.twitter.com/AB6MUYaBIE

Luyanda was on fire on today’s episode #NyanNyan pic.twitter.com/1j5RUuwP8I

Luyanda responded to the claims, telling fans to chill out because that beard is real!

Eish...it’s not just Sbongile’s friends abaphaphayo — nam ndiyaphapha nje. Why did I draw a beard on my face with KIWI Polish, when God has blessed me with a naturally connecting beard. 🤪😄😁😂😂🤣🤣 #NyanNyan pic.twitter.com/7hrhqpn08N

Nyan'Nyan fans were done with the stories of braai packs.
TshisaLIVE
3 years ago

Catfishing & R1k allowances - Is this the messiest episode of Nyan'Nyan?

Can someone please help us make sense of it all.
TshisaLIVE
3 years ago