Nomzamo Mbatha dragged for making Thuso Mbedu win 'all about her'

Meanwhile, Nomzamo's team have slammed the criticism against her 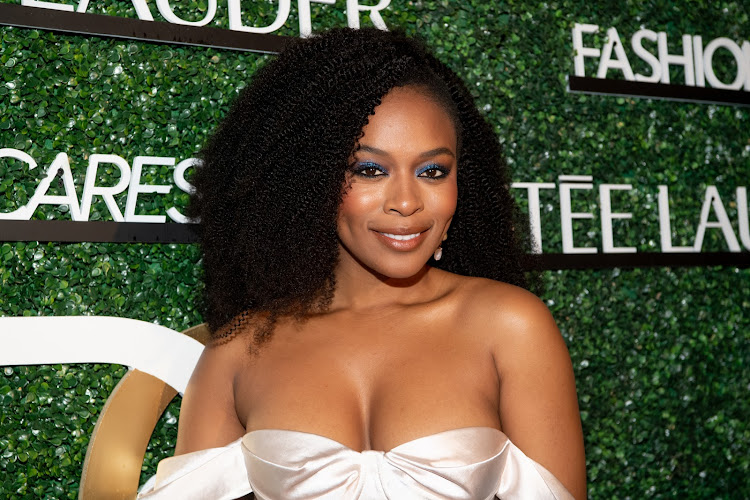 Nomzamo Mbatha was given an L on social media for her congratulatory message to Thuso.
Image: Emma McIntyre/Getty Images

Nomzamo Mbatha once again found her name on the Twitter trends list on Wednesday after she was dragged for her congratulatory message to Thuso Mbedu, in which she mentioned that she also auditioned for the same role.

Thuso was the toast of Mzansi on Tuesday evening when it was confirmed that she had scored the lead role, Cora, in Barry Jenkins’ adaptation of Pulitzer Prize–winning novel The Underground Railroad.

Nomzamo was one of the first to congratulate Thuso on the gig.

"When I auditioned and found out I was pinned for this role I couldn't stop jumping with excitement. Now finding out that a deserving homegirl got it makes the loss so sweet! Congratulations, Thuso. I know you will do Cora so much justice. Barry Jenkins this is amazing!" she wrote.

But social media users thought Nomzamo's joy was fake and that she was trying to make the announcement all about her.

She was also accused of being bitter and jealous.

Lol....why did you have to Tyra Banks her moment though?

I know a friend like Nomzamo, he does this all the time.. pic.twitter.com/PvbkjWC7p4

Something about the tweet #Nomzamo did about Thuso smells of disappointment and disapproval. She wrote DESERVING in caps and told a lil story before the congrats. If u squit very closely you will see it and if u sniff closely u will smell it. Its prolly jealousy IDK #jussaying pic.twitter.com/pL6zCVvi1R

I just think this ongoing attack on Nomzamo Mbatha is unnecessary. She actually meant that #ThusoMbedu is a deserving winner who won against the best of the best in the continent and the world. What's wrong with that?

Poor gal had to delete the tweet because wow,twitter issa lot pic.twitter.com/nRVnjkqUOI

Thuso Mbedu and Nomzamo Mbatha are cool..and Nomzamo telling truth,using her own phone,her own data..her own time.she don't owe y'all nothing..

I honestly don't see anything wrong with what @NomzamoMbatha tweeted, but people will always and always find fault in everything.

I don’t understand why people are saying this is bitter 🤨 @NomzamoMbatha knew how big this role was and she was congratulating girl mos? How is saying someone is more deserving of the role bitter? Some of y’all lack maturity, Nomzamo should have left that tweet on 😒 y’all dizzy pic.twitter.com/JKJW4gk77I

While Nomzamo has since deleted the tweet, her team told TshisaLIVE it was sad to see people jumping to conclusions.

"It’s unfortunate that as people we choose to see the negative or take offence in how anyone does anything differently from what we think is the 'right' way. The saddest is the gleefulness and trigger happiness in running with character assassination of someone you don’t know personally," Nomzamo's US agent Krystal Thorp said.

"Anyone who personally knows Nomzamo Mbatha can attest to how genuine and loving a spirit she is. She harbours no ill-will towards anyone, is always on ready to lend a hand and congratulate. One of the few true genuine ones you’ll find, with her heart always on her sleeve."

Our favourite moments from Thuso Mbedu.
TshisaLIVE
3 years ago

We celebrate talented South Africans who flew our flag high as they dominated in their fields, both locally and abroad
Lifestyle
3 years ago