How to hustle like DJ Sbu: 3 Times Sbu pulled a 'fosta nje ngoMzekezeke' 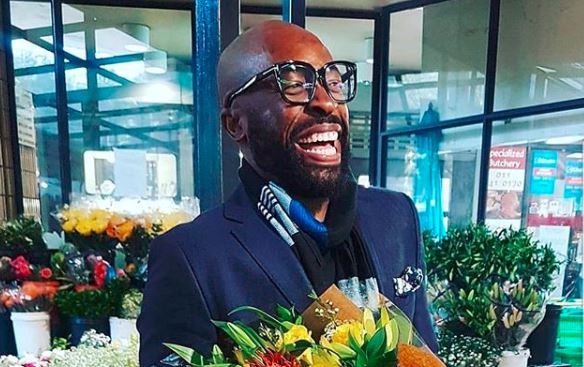 DJ Sbu is a hustler of note.
Image: Instagram/DJ Sbu

If there's one thing that can't be downplayed its DJ Sbu's hustling spirit! That guy is about his money, his business, his legacy... look he's ouchea tryin' to be the billion he was born to be.

That time he got to America and told them we sent him to rep us at Nipsey Hussle's memorial...

Recently while in the States rapper Nipsey Hussle was shot dead. Like the African Sbu is - you know how we don't wait for invites to funerals, we go offer a hand as soon as we hear - the DJ made his way to Nipsey's hometown.

That time he took to the highway to sell Mofaya... or was it Joburg CBD's Bree taxi rank?

Look, there isn't a place DJ Sbu hasn't tried to sell his Mofaya drink at... like the guy is always selling something. Sometimes it's his brand, his books, his drinks, music and at this point if you look like you are buying, DJ Sbu can sell you the African sun!

🇿🇦🇿🇦🇿🇦 #tbt #keynote #hbs #2018 Rise and shine my brothers and sisters its a brand new day. Real men are found on their knees every morning praying for their woman and children. Consistency is the only currency that matters. Wishing you a productive blessed throwback Thursday. This is your day & let no one spoil it for you family 🙏🏿💯

That time he taught us how to uhm... save money, well kinda

Earlier this year musician and businessman Sbu faced the Twitter firing squad after a lesson in hustling seemed to go pear-shaped.

In a video shared on Twitter, Sbu spoke to followers about hustling and pushing boundaries in a new environment, while on his way to a gym in LA. Sbu then told followers that he would show them an example of hustling.

He explained that he didn't have a membership at the gym but had been working out at it all week by just simply walking past access control.

He didn't mean we must do that, he later explained. Look the guy was just saying, whenever there's an opportunity to save your moola, do it!

A lesson in hustling seems to have backfired.
TshisaLIVE
2 years ago

DJ Sbu says you shouldn't wait to be elected, but grab your own mic.
TshisaLIVE
2 years ago

Yoh! We know he's passionate about his energy drink and he's taken to the streets before to sell MoFaya, but this time DJ Sbu was on a jam-packed ...
TshisaLIVE
4 years ago