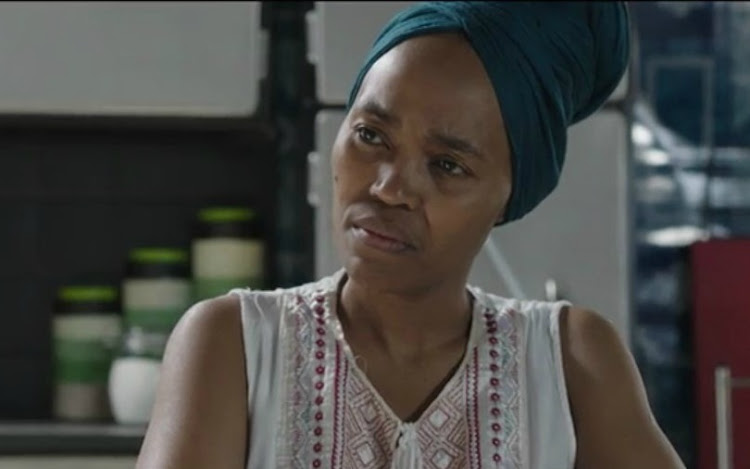 The love and accolades veteran actress, Moshidi Motshegwa clinched even after being shown the door at The River is an affirmation of her talent and its what allows her to be calm in the face of challenges.

Moshidi has remained true to who she is in the midst of the storm that unfolded around her contract with The River not being renewed and she's explained why.

"My belief is this, you cannot diminish that which you did not create," she said.

One of the most interesting - or rather shocking things - to happen in Mzansi's entertainment world over the past few months was the end of Moshidi's character Malefu and how her army has stood up in her defence.

Speaking to TshisaLIVE, Moshidi emphasised that knowing she's living her God-given dreams when she's acting would always be enough for her.

"What I know about my audience is that when I do good work, they will speak. My track record, of creating amazing characters speaks for me because that is what I do. I give my all to my characters, I re-write scripts. I make sure that I give my audience the truth and nothing but the truth."

An alleged confrontation between Moshidi and one of the producers, led to her being fired from The River just four days before Christmas.
TshisaLIVE
2 years ago

However, just after the news broke Moshi hogged headlines for bagging a Safta award and for having an army of fans ready to petition for her return on the 1 Magic drama.

Whether she returns now or five years later to the small screen, one thing is certain, the woman's work is appreciated! Whether she's Naomi or Malefu, she slays her art.

An alleged confrontation between Moshidi and one of the producers, led to her being fired from The River just four days before Christmas.
TshisaLIVE
2 years ago

Petition to bring Malefu back to 'The River' gains traction

Moshidi Motshegwa on leaving The River: I was told there is no story for me

Moshidi Motshegwa reveals why she is no longer part of The River.
TshisaLIVE
2 years ago

It's not only her Afrikaans-infused Tswana dialogue that they're going to miss, but the woman is mad talented.
TshisaLIVE
2 years ago