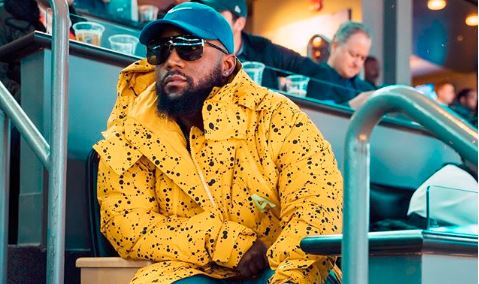 Cassper Nyovest and Lerato Kganyago had one of the most awkward twars during the long weekend over high rotations and fake industry love.

It was one of the most unlikely twars to expect for fans of both personalities, and all started when a fan claimed that Cassper's latest single didn't feature on the Metro FM top 40 charts. The rapper explained that maybe the station wasn't into the song's vibe.

And that's when Lerato chopped in to say that despite not being on the charts, Cassper song, move Move For Me was still on high rotation every day.

Don’t forget to mention you on high rotation Refiloe! Your song is on everyday ❤️ https://t.co/UT5Oqv7rGH

That should have been the end of it, but Cassper went on to tell the Metro FM personality to relax. Big mistake because that ignited the twar!

Lerato labelled Cassper "childish" for his reply and Cassper shot back at Lerato telling her in essence to keep her "fake love and support" and not to be over-familiar with him!

Nobody spoke about support. The conversation was about the charts. I said maybe it's not good enough wa tla ka di comment tsa gore I must not forget to mention that it's on high rotation making it look like I'm complaining. You like coming at me side way wena and ha ke sbaye!

Side ways where? You making it sound like @METROFMSA isn’t for you! You HATE being corrected. GROW UP!That’s why I mentioned high rotation . You KNOW how TOP 40 works you’ve been there MANY times! And don’t call me WENA I’m not your friend!

A couple a few more shots aimed at each other, Cassper caught his "humble and positive" side and started reflecting on the awkward word exchange.

His verdict? Well ... He'll never tell a "grown woman to relax" and as far as Lerato goes, he should have just "mized" the comment.

Read the rest of his tweets below.

Never ever tell a grown woman to relax!

She wasn't and its not the first time. It's cool doe. Akere ke mfananyana nna. I'll just go about my small business.

The support & love from my fans also gives me comfort in knowing i don't have 2 kiss none of these industry folks ass. They have the power to make things difficult or easier but they can't switch of the love. Everywhere I go I feel the love. I see it. I appreciate it. Kea leboga!

Yeah. I shoulda mized. You're right. OH WELL. ITS ALL DONE NOW. BACK TO THE VIBES!!! https://t.co/MEkJTByw2L

J. Molley: After my spiritual awakening last year, I’ve been on a different path

Rapper J. Molley says he's ready to share a happier song with the world because his troubles with depression and anxiety are a thing of the past.
TshisaLIVE
3 years ago

Making the news for defending Mampintsha: 5 things to know about Dogg DBN

Who is this Dogg DBN dude anyway?
TshisaLIVE
3 years ago