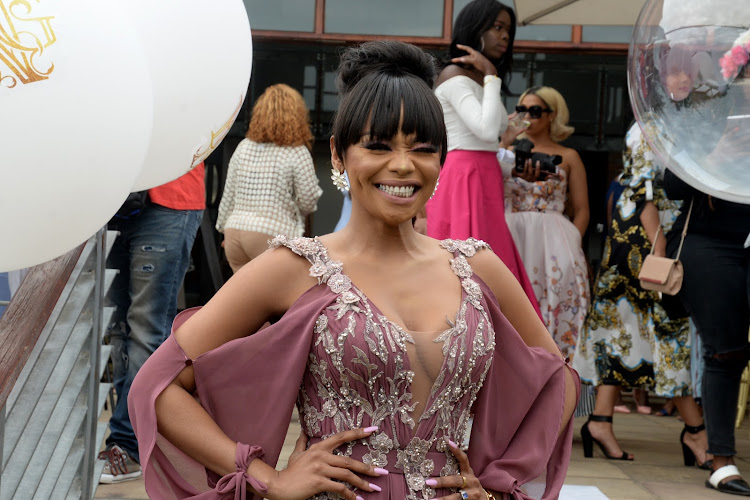 While many of us were gorging on Easter eggs or spending time with family over the long weekend, social media was more lit than a Christmas tree after Bonang and the Democratic Alliance's Phumzile van Damme found themselves in a spicy exchange on Twitter.

Bonang first got dragged into the drama when the DA's chief whip in the Gauteng provincial legislature, Mike Moriarty, weighed in on a spelling error seen on a supposed ANC banner by claiming that he was "advised that the ANC strategy was developed by Bonang". The legitimacy of the banner has not been verified.

The comment was made in relation to several errors found in the first edition of Bonang's memoir, which was released in 2017.

Bonang was not impressed and responded with one foul swoop. 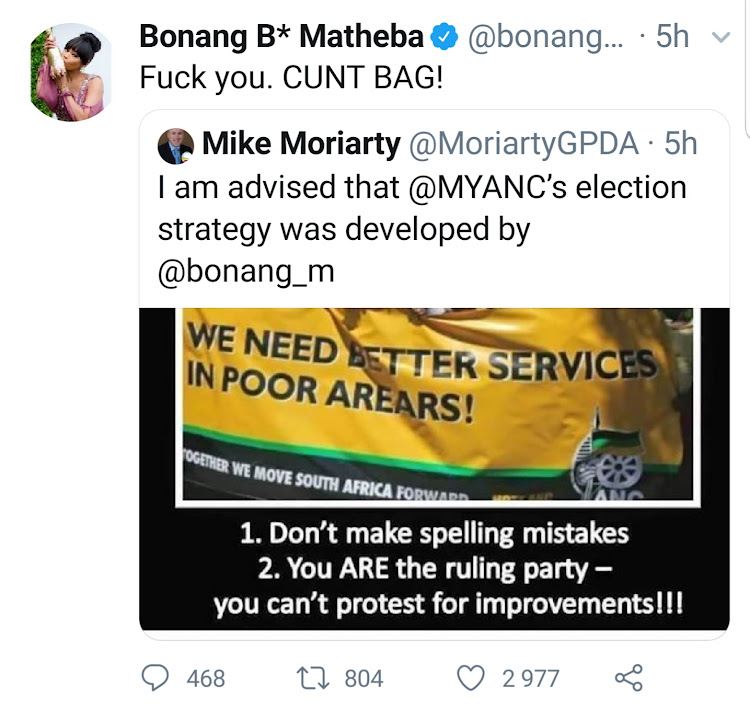 Soon the internet was in chaos mode as they tried to deal with the heated exchange.

As Bonang found herself being spoken about left, right and centre, DA MP Phumzile Van Damme took to Twitter to tell a tweep who was commenting to switch off the caps-lock on their response.

Next thing, Bonang responded to Phumzile's comment by telling her to "stay the hell away" from her.

What just happened (I know, autocorrect “can”) Just another day on Twitter 😂😂😂😂😂😂😂 pic.twitter.com/VKDfPZY6Sb

You think this is a joke I see. https://t.co/1DSW3Osomn

Bonang ended her comments on the matter by telling her followers that she was "so tired" of being bullied on social media - and then went on to post snaps of herself holidaying overseas.

*Editor's Note: This story has been amended to more accurately reflect the timeline of the tweets between Matheba and Van Damme.

"You focus too much on the negative my friend. Let it go"
TshisaLIVE
2 years ago

A hater thought she was being cute when she asked B when she was planning her baby shower.
TshisaLIVE
2 years ago

It was #BSquad vs the #ZNation out there and they weren't holding back.
TshisaLIVE
2 years ago