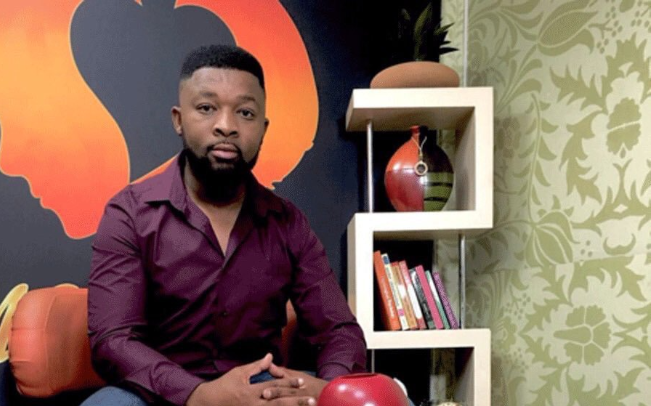 Nyan'Nyan host Luyanda Potwana has to sit through some awkward moments as participants confess.
Image: SABC1 via Twitter

Viewers of TV confessions reality show Nyan'Nyan were ready to cancel a couple who appeared on Tuesday night's show after they revealed that their second child had been taken away by social workers because they were "careless".

Robert and Boitumelo went on the show to try fix their relationship issues but soon accusations were flying, including that Boitumelo had neglected their child, which saw him admitted into hospital.

To make matters worse they left the child in hospital and went partying at a tavern.

Robert claimed that Boitumelo was living her best life while their children suffered and was then accused by his bae of doing the same thing.

In the end, malume said he wanted to pay lobola for Boitumelo but first wanted her to change her ways.

You could hear her eye roll from space.

While on social media, fans were left deeply shooketh by the couple's behaviour and suggested the best way to deal with the issue was to throw them both away.

#Utatakho and #NyanNyan tday episodes show how much other ppl don't deserve to be called PARENTS💔😡😢😥 pic.twitter.com/3KYURVHiTX

Ke sure when they left the truck they went straight to the tarven #nyannyan pic.twitter.com/AoTc6TVhhj

#nyannyan , today's episode got me on some pic.twitter.com/pDZVItFZT0

This guy must just drink his money , it will go to waste if he pays lobola #nyannyan

Boitumelo don't even care a bit about her children let alone this guy🙄🙄😡😡😡 #NyanNyan pic.twitter.com/LOK11ZlikB

The last generation that was blessed enough is ours. Aaaaaaaah today's kids are seeing the worse...
Our parents never did what we're doing to these kids.
Imagine leaving a baby at hospital for partying 😒 😒 😒#NyanNyan pic.twitter.com/NQv8wuTsHU

Nyan'Nyan fans were done with the stories of braai packs.
TshisaLIVE
3 years ago

Nyan'Nyan | How do you cheat & then ask your bae to help you kill yourself?

Fans think it is time for Evelyn to leave her relationship.
TshisaLIVE
3 years ago