Avengers: Endgame fever is real! And Vusi Nova even has a song about it

You're safe! There are no spoilers 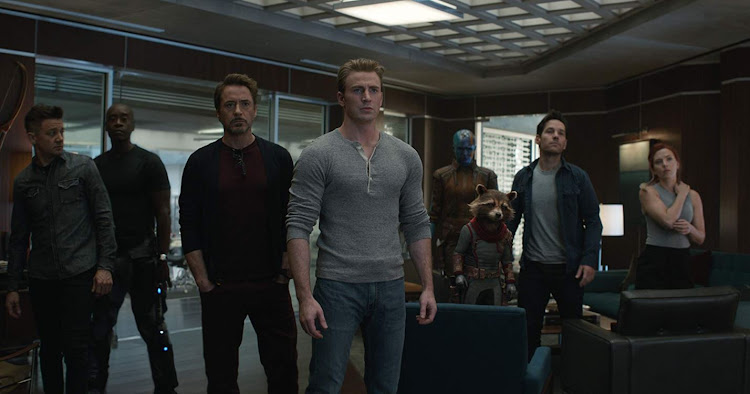 The cast of Avengers: Endgame in a scene from the movie.
Image: IMDB

It has been out for less than a day but Avengers: Endgame is already dominating local box-offices and social media.

The most anticipated film of 2019 opens on Friday. It had pre-screenings across the country on Thursday.

Endgame is set after the shock ending of 2018’s Avengers: Infinity War, in which the  tyrant Thanos wiped out half of all life with a snap of his fingers.

Muso Vusi Nova was just one of thousands who was excited by the release and he took to social media to share a song about his favourite characters.

In Mzansi, the film trended at number one in the hours following the pre-screenings, as excited fans flooded Twitter with their takes on the action.

Most of them in tears.

Need to be up in a few hours for work. I don't think I can sleep. I really could watch #avengersendgame again! That movie is everything. pic.twitter.com/qZM7Mz0UNI

#AvengersEndgame was amazing. It was the perfect superhero movie. The problem now is, we'll never see anything like this again. Thank you to everyone who helped make this movie and all 21 that came before. It was beautiful, triumphant like nothing before it and deeply emotional. pic.twitter.com/T3tQg3XV4q

This was me trying to hold in my tears during #AvengersEndGame pic.twitter.com/bhe4BOruvl

And if you have watched the movie, here's some advice...

The surviving members of the Avengers regroup for a last stand against cosmic bad guy Thanos in a new trailer that coincides with the commencement of ...
Lifestyle
2 years ago

People went through the most on these streets for Avenger: Endgame tickets.
TshisaLIVE
2 years ago