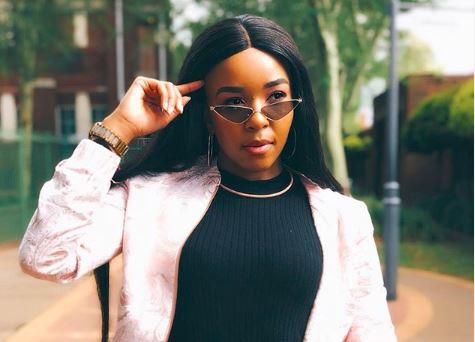 With all the ‘drama’ that has resulted from her previous relationship, one may think the sexy songstress is anti love and relationships but Cici has admitted that she’s still a sucker for love and looks forward to finding her true love and starting a family.

Chatting to TshisaLIVE after she dropped visuals for her latest single Uhlalu’kwenza, which already has over 59k views, Cici said she hasn’t allowed what has happened to her to dictate her future or put her off love completely.

"I still believe in love. I’m a sucker for love and I can’t and won’t allow one thing to hinder me from finding my one true love. I want to perhaps start a family in the next few years. I want to be happily married. But I need to go through this process and find who I am so that I go into my next relationship a whole individual,” Cici said.

The singer was romantically involved with her previous label boss Arthur Mafokate, before ending the relationship and laying assault charges against him.

Cici said even though the case is still ongoing, she was looking forward to her future and has been actively working on forgiving what happened between them and also forgiving herself.

“I’m in the process of forgiving,” she said.

“I’m in the process of forgiving what happened between us. And, I know that in doing so it will give me inner peace and it’s not something that will happen overnight. I know that I need to allow that process to happen. I can’t say because I’m a Christian I’ll just forgive, it won’t happen automatically. I have to go through every part of the process, not only forgiving him but forgiving myself for the mistakes I made and taking some kind of responsibility for what I am going through right now because I could have chosen to not be with him or walked away earlier…”

Watch her music video below:

How rich is this guy kanti?
TshisaLIVE
3 years ago