From engagement rumours to 'amnesia' - A timeline of Sbahle & Itu's romance 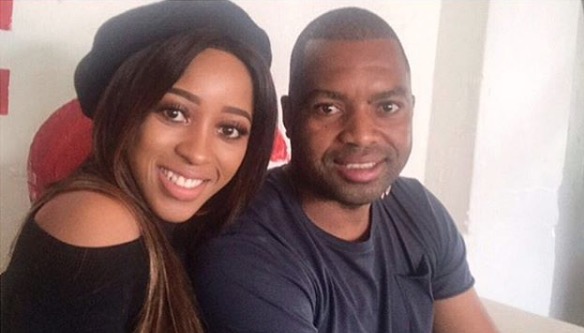 Now that Mzansi seems to finally believe that it is really over for fitness bunny Sbahle Mpisane and goalkeeper Itumeleng Khune, the only thing left to do is to look back on their love story and hope they are truly happy apart - because we know Mzansi is heartbroken.

Okay, maybe not everyone. Others are happy that they can try their luck with Sbahle now and well, Itu seems to have moved on but you never know with these things. *sips tea*

This whole love thang began mid 2015 and by early 2016 snaps of Itu and Sbahle all loved up had made their way to the public domain.

Itu had been single for a lil' bit after having broken up with TV star Minnie Dlamini and he found his "soulmate" in Sbahle. The pair ran (maybe even literally) in the same circles - you know with Sbahle being a fitness trainer and him being a goalie and all.

Trouble with the family

While most people were happy for the new "it" couple, there were a few naysayers. It was reported at the time that Sbahle's mother Shauwn - who is close to Minnie - warned Itu to stay away from her daughter. Other people kept comparing Sbahle to Minnie, which wasn't pleasant.

However, Itu and Sbahle both turned a blind eye to the hate and continued being loved up. It wouldn't be long until they became one of the top celebrity couples.

The pair were still living their best boo'd up lives in 2017.

That was until March when Sbahle took to her Insta to announce that she'd broken off her relationship with Itu.

"I'm no longer dating the Kaizer Chiefs, Bafana Bafana goalkeeper anymore, sadly," she wrote at the time before deleting the post.

It wasn't long after that that the rumour mill started chucking out bits and pieces of a possible reunion of the pair. Then Itu honoured the invite to Sbahle's birthday and umemulo celebrations and when the pics surfaced, all fans saw was love.

Soon after that word got out that they had fixed their issues and found their way back to each other.

In December, Sbahle was sporting a sparkly rock on her ring finger and her followers thought that Itu put a ring on it. But that was never confirmed.

Come 2018, the love was clearly in the air for the pair. We saw romantic picnics and many loved up snaps. They even started to open up about their love and feelings for the first time in a long time.

Sweet messages, singing each other's praises and just sharing their love was the memo of the first semester of the year. Like that time Itu suffered a shoulder injury while in training and Sbahle took to Instagram to offer support to her man.

"My babe please know that tough times never last but tough people do. I am with you in your dark times. You will overcome this injury in no time... wish you nothing but speedy recovery my love @itukhune32."

It was all too cute man!

Then, as life would have it, Sbahle was rushed to ICU in August last year after she lost control of her BMW and crashed into a tree in Durban. She was in hospital for over two months.

Itu consistently posted about his queen, wishing her a speedy recovery while she was in a coma.

And we all thought the love had remained strong...

More well wishes and updates about Sbahle periodically came through from Itu.

And then there was nothing

Then all of a Sunday dololo. The pair did not post about each other for over a month, leading some jittery fans to think that there might be trouble in paradise.

And as it turns out, there was!

Then in Feb 2019, Sbahle's Instagram post alerted the couple's fans that the relationship had bitten the dust. She said she's married to herself, focusing on her recovery after the accident that almost took her life.

"I view the accident as a human experience, I needed to become more than a daughter of my parents, a girlfriend to…. and even more than #FitnessBunnie. My slow walk towards my happy ending is not about anyone and has NO Prince Charming.…#resurgence,” she wrote in part.

Itu kept mum until recently, when he went public with his new love. He debuted his new bae in a series of snaps over the weekend, alongside the caption "blessed".

Sbahle had spoken before of forgetting parts of her life before the accident and others suggested that she had forgotten the football star after suffering amnesia in the wake of a horror car crash and he had supported her through her recovery.

A claim retweeted by Itu.