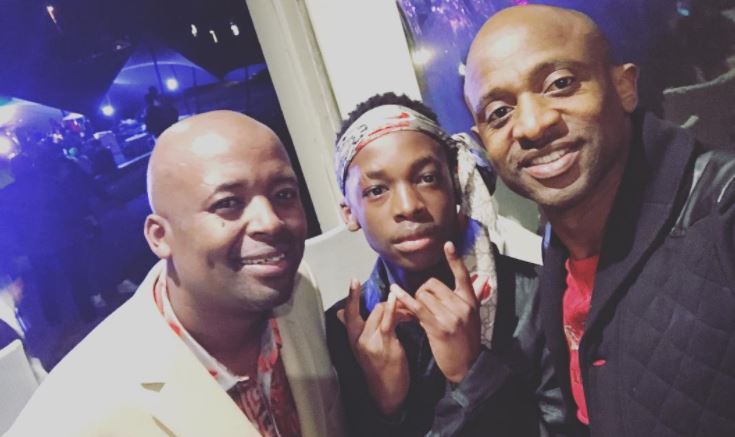 There are matric farewell proposals and then there is the thing that Nhlanhla and TK Nciza's son Nkule did!

Nkule is in matric this year and has his mind on his farewell that is coming up.

But instead of waiting it out and hoping for the best or just asking a few besties if they can hit it as a crew, Nkule went big in asking a young lady out.

In a video posted to social media, Nkule can be seen preparing for the proposal and then jumping into a white Mercedes Benz with flowers in his hands.

As he approaches the school, he hangs out the sunroof as he is surrounded by screaming students.

He then approaches his date and gives her the flowers as he asks her to be his date.

Cava the liver on this one:

My son Nkulu's MD proposal, so sweet yet so extra🤣🤣🤣 wonder where he gets the charm from👀🤔❤️ #MD2019

7 local songs that made us jive, fall in love and just go wild in 2017

Mzansi music certainly brought the heat this year with a variety of songs that made us dance, laugh, go wild and just long to fall in love.
TshisaLIVE
4 years ago

Nhlanhla Nciza threw her son the most EPIC sweet 16

Nhlanhla Nciza's son celebrated his 16th birthday recently with one of the craziest parties you have probably ever seen.
TshisaLIVE
4 years ago