Drake's GoT shoutout, BTS padkos and Cardi B: Three crazy moments at the Billboards

The Billboard Music Awards has never been so LIT! 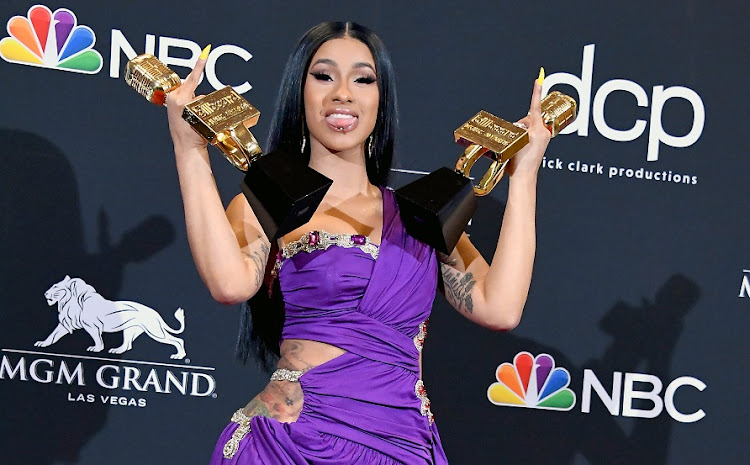 Cardi B walked away with two awards at the 2019 Billboard Music Awards, but her speech encouraging people to support their favourite artists was the real winner.
Image: Steve Granitz/WireImage

The annual Billboard Music Awards, held in Las Vegas on Wednesday night, had tongues wagging after several stars acted all kinds of crazy.

It was lituation up at the MGM Grand Garden Arena, with some of the biggest names in world music showing up and showing off.

Here are just three moments from the ceremony that gave us life:

But his finest moment came when he accepted the Top Billboard 200 Album Award.

In his speech he gave props to Game of Thrones character Arya Stark for defeating the Night King in the most recent episode of the hit series.

K-Pop boy band BTS has been dominating world music and won two awards on the night, for Top Duo/Group and Top Social Artist.

But it was the their love of snacks that had the social media streets giggling.

Next time pass the bag this side, guys.

jimin doing that on live television??? & seokjin getting caught red handed with his snacks 😂 @BTS_twt pic.twitter.com/UCTYQsbmxz

Cardi B walked away with two awards, but it was her speech encouraging people to support their favourite artists that was the real winner.

Besides the heartfelt content, sis was just amped to be there and showed it to the max!

The rapper was shot multiple times in Los Angeles.
TshisaLIVE
3 years ago

Fans are #SurvivingCardiB after she admitted 'to drugging & robbing' men

Cardi B said she can't change her past but she's working on being a better Cardi for her fam.
TshisaLIVE
3 years ago

Cardi B applies to trademark the phrase 'okurrr'

Rapper Cardi B surprised many as she officially trademarked the term "okurrr".
TshisaLIVE
3 years ago