Steve Hofmeyr on MultiChoice 'ban': 'I'm arranging a special funeral for my dish'

Fierce debate over decision continues, as video of man smashing his satellite dish is circulated 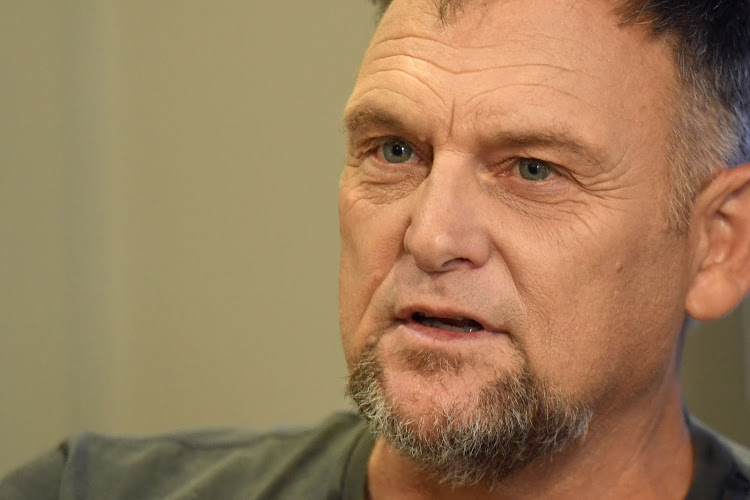 Steve Hofmeyr is undeterred by a MultiChoice decision not to air his content on its platforms.
Image: Gallo Images/ Netwerk 24/ Deaan Vivier

As a video of a fan breaking his satellite dish in solidarity with Steve Hofmeyr emerged, the controversial Afrikaans musician told fans he planned to hold a "special funeral" for his dish.

MultiChoice confirmed to TshisaLIVE on Tuesday that it had decided not to air any of Steve's content, including archived material, and to distance itself from the controversial artist. This after a tweet from the musician in 2014 resurfaced on social media. In it he claimed black people were the "architects of apartheid".

The decision sparked a massive debate on social media, with some applauding the decision. Others were angry with MultiChoice and said they would boycott the company's services, which include DStv.

One angry fan of Steve Hofmeyr went one step further and ripped his DStv satellite dish off his roof, then hit it with a hammer until it was completely destroyed.

The video was shared widely on social media as others threatened to do the same.

Meanwhile, Steve told fans on social media that there were other platforms on which to address his fans and he didn't believe the decision would cripple his career.

He did, however, say that fans would soon see the downfall of the company and hinted at hitting back with a  "special funeral" for his dish and cancelling his four DStv decoders.

What is the name of the App that records phone-calls? I need it before I phone to cancel my four DSTV decoders.

Speaking to TshisaLIVE on Tuesday, MultiChoice added that it had no further comment on the matter beyond a statement it had made when requesting, as a sponsor of the event, that the Ghoema Afrikaans Music Awards remove Steve from its nominations list. The company also reaffirmed its commitment to standing against racism.

"MultiChoice is committed to the building of a non-racial society and strongly condemns any acts of discrimination. MultiChoice is proud of its support for Afrikaans, not only our investment in content for our DStv platforms, but also our sponsorship of festivals, events and the broader Afrikaans performing arts sector.

"Our commitment to Afrikaans and all local languages will not change ... We welcome a society where freedom of speech is celebrated, however we take a stand against racism."

Multichoice confirmed to TshisaLIVE that they had made a decision to not air any of Steve's content, which includes archived material from the star, ...
TshisaLIVE
2 years ago

"I remember voting for the new SA primarily to free my colleagues from this type of old-school censorship."
TshisaLIVE
2 years ago

The removal of Steve's nomination has sparked outrage in some quarters.
TshisaLIVE
2 years ago
Next Article