Heavy K to his son: 'Your ability is stronger than your disability' 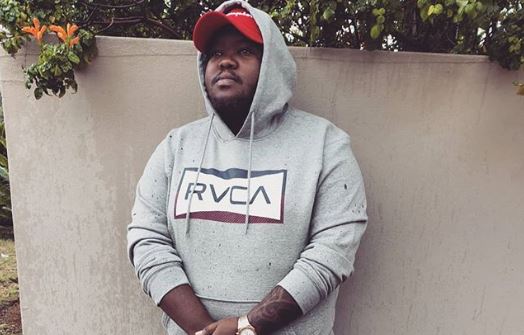 Musician Heavy K had fans in tears this week when he penned a short, heartfelt letter to his young son, who has cerebral palsy.

The three-year-old has been meeting with teachers and doctors to treat the disorder, and his proud dad took to Instagram this week to encourage him to never give up.

Posting a picture of his son, he said he was inspired by his fight.

"My Boy I know your ability is stronger than your disability! The way you are such a fighter! It inspires me to keep going no matter what!"

He was flooded with messages of support from celeb friends like DJ Shimza and DJ Chymamusique.

Heavy K has previously posted about his son on Instagram.

Khusta Jnr Juju Siqula my first born! my son! my everything is turning 3 years old today! This little man brings nothing but the best out of me! I remember 3 years ago on this day being the happiest on earth if only I knew I was gonna loose my mother the next day! Didn't end there, as he was born a premature he needed oxygen morethan anything unfortunately due to negligence of the nurses or nurse he wasn't given enough oxygen that led to part of his brain being damaged! So his diagnosed with Cerabal Palsy but I'm doing everything in my power to make sure he becomes the best version of himself.God bless you boy & I love you❤ #SLOWYBEATINGCERABALPALSY #familyovereverything

Speaking to TshisaLIVE late last year, Heavy K said he's had to use his love for his son as his biggest motivator to be the man his son needed him to be.

"Being a dad has been, and still is, amazing. It was unfortunate that our first-born did not get enough oxygen when he was born, which damaged his brain and affected his ability to move. That part is challenging, but at the same time I believe that God doesn't make a mistake. My son is not a burden. With him, God is testing my trust in him."

Say whatever you want about Heavy K, just don't call his music 'trash'

Diss his looks, his weight, whatever, but his music is a no-go area for Heavy K.
TshisaLIVE
3 years ago

Of all the things his hard work has awarded him, buying his father a house is one of the biggest highlights of Heavy K's life
TshisaLIVE
3 years ago