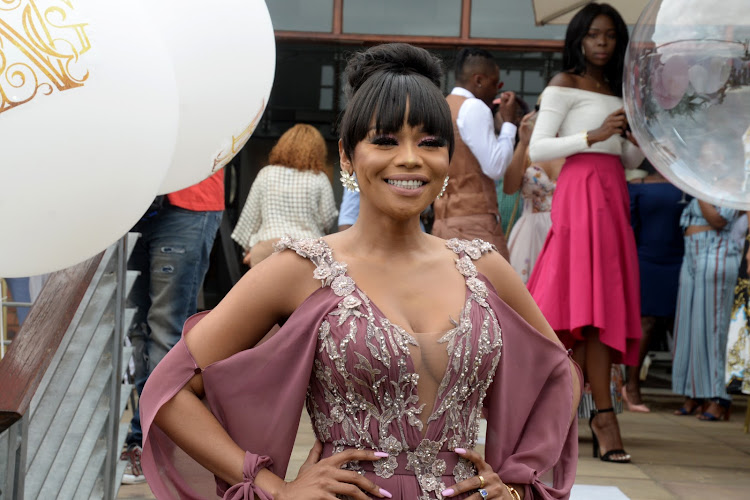 Bonang has hit back at criticism after her Instagram Live conversation with President Cyril Ramaphosa on Wednesday.

Queen B was one of several celebs who had live chats with the president on Wednesday, with Ramaphosa also calling DJ Tira, AKA and DJ Zinhle.

And while Bonang was excited by the call and even made the president a custom box to deliver her champopo to him, she was slammed by a follower on social media who claimed that B was promoting a broken country and benefiting from a "corrupt government".

"It's so ironic and also sad to see people we look up to promote the state that our country is in. The minorities who support you, Bonang, are dying and suffering daily but I guess you benefit more from this corrupt government than any of us here just trying to survive another day."

While some of her followers put the critic in her place and said it was Bonang's choice on who to vote for, Bonang addressed the fan head on.

She said that we were voting to make a change and urged the follower to stay positive.

"We voted to change it. Smile, Leigh. Our country could be worse."

Bonang encouraged all her fans to vote in the elections, reassuring the president that she was "very woke" and spreading the gospel of voting.

@bonang_m has promised me, “Mr Preezy”, that she will be casting her vote today. I asked that she urge all young people who love their country to do the same, regardless of the party that they choose vote for. The most important thing is to exercise your right. #SAElections2019 pic.twitter.com/4yzC49ZyCE

AKA to Cyril Ramaphosa: 'I want to introduce you to my woman'

Never mind campaigning, AKA made sure the president met Zinhle.
TshisaLIVE
2 years ago

WATCH | 'You can shop at Woolworths when you vote DA': video pokes fun at campaign

The Kiffness just brought the best element to the general elections.
TshisaLIVE
2 years ago