Miss SA back on track after delays

Miss South Africa 2019 will be crowned on Women’s Day, August 9 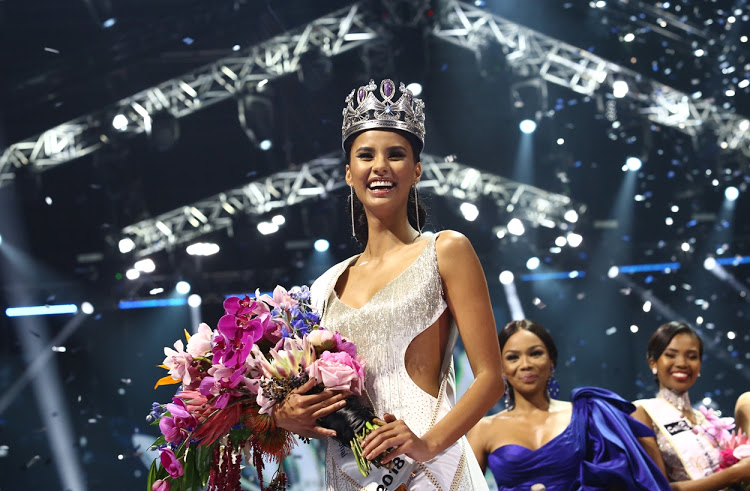 The glitzy Miss SA pageant will go ahead after several months of delays, following Cell C's withdrawal as the main sponsor.

Entries for the beauty competition opened on Monday and the winner is set to be crowned on Women’s Day, August 9.

In a statement released on Monday, organisers announced that the swanky ceremony will be held at the Sun Arena at Times Square, Pretoria, and will be aired live on both M-Net and Mzanzi Magic.

The winner will also receive prizes worth nearly R3m, including R1m in cash, a  car and other prizes. The runner-up takes home R250,000 in cash with all top 16 finalists receiving R25,000.

Questions around the future of the pageant surfaced last month after Cell C confirmed to TshisaLIVE that they had withdrawn as the main sponsor of the event.

The speculation increased when current Miss SA Tamaryn Green returned to school, suggesting that her reign was over. Sun International spokesperson Zoleka Skweyiya told TshisaLIVE that while Tamaryn had returned to her studies, she will remain Miss SA until a new one is crowned.

The top 16 finalists will be announced on July 11, ahead of the crowning the next month.

Miss SA and Miss World 2014 Rolene Strauss said the benefits of the pageant were incredible.

"Miss South Africa is the ultimate movement towards women empowerment. The platform creates opportunities for so many; from finalists to Miss South Africas and ultimately international participants.

"The growth I experienced as Miss South Africa did not only lead to the wonderful honour of winning Miss World but it also assisted me in surviving medical school when I went back to studying once my reign was over. This is a once-in-a-lifetime learning and life changing opportunity."

"Laying down your truth in front of millions of people isn't easy. Being Miss South Africa gives you that confidence to publicly embrace who you are, flaws and all. The pageant being held on such a significant date on August 9 reiterates the role of women in society who shape the future through their chosen field of passion.

"Just like in 1956 when more than 20,000 women staged a march on the Union Buildings in Pretoria, to protest against the proposed amendments to the Urban Areas Act, it’s a powerful celebration of women from different races and backgrounds coming together."

Miss SA organisers say there is no need to stress about the future of the competition.
TshisaLIVE
2 years ago

Demi-Leigh is living the dream in America.
TshisaLIVE
2 years ago