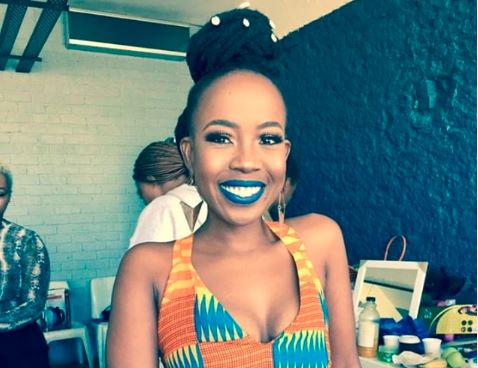 TV host Ntsiki Mazwai went off at Cassper and AKA on Twitter.
Image: Instagram/Ntsiki Mazwai

In Ntsiki Mazwai's eyes, Cassper Nyovest and AKA need to evaluate the messages attached to their music if they have any ambition of reaching the levels of the late ProKid.

It's no secret that Ntsiki isn't shy to share opinion about anything that lands on her radar.

On Sunday, AKA and Cassper were the unlucky targets that found themselves in the firing line.

Ntsiki took to Twitter to express how AKA and Cassper have introduced the nation to a frivolous era of hip-hop.

One that she was definitely not impressed with.

"ProKid's generation rapped about social issues... AKA and Cassper rap about booze. #StandardDrop" she said.

We went from the quality standard of Prokid and HHP to Cassper and Aka. I remember when we were pushing vernacular rap AKA started bragging about being the best ENglish Rapper- then opened the way for South African Americans https://t.co/DamV96ZFXU

Ntsiki went on to explain that she felt Cassper and AKA offered nothing "substantial" in their music and that they seldom rapped about real issues affecting people.

"We need rappers who rap about real issues affecting us... so they can fulfill their spiritual calling of giving us rhymes we can vent to... and thus express our emotions and therefore making us better souls," Ntsiki Mazwai.

Ntsiki said in this day and age, we needed conscious rap, that mirrored society and made a conscious effort to leave the world better than it found it.

We need conscious rap that does not sound American and doesn't call women bitches....

In the past Hip hop kept us out of trouble.....this current hip hop leads you Lean and Cocaine 🤔

Simz Ngema on learning to live without her love, Dumi Masilela

"It is hurtful and difficult to be a widow, to have to learn to be independent again," Simz said
TshisaLIVE
2 years ago

"I am focused on a new path. I am in a new space. I am exhausted from talking about it. I just want to leave it to my lawyers and move on with my ...
TshisaLIVE
2 years ago

Mulisa Mudau on her new 'Muvhango' gig: 'It's a dream come true!'

Just like the character she plays, Mulisa Mudau hopes this is the beginning of great things for her.
TshisaLIVE
2 years ago