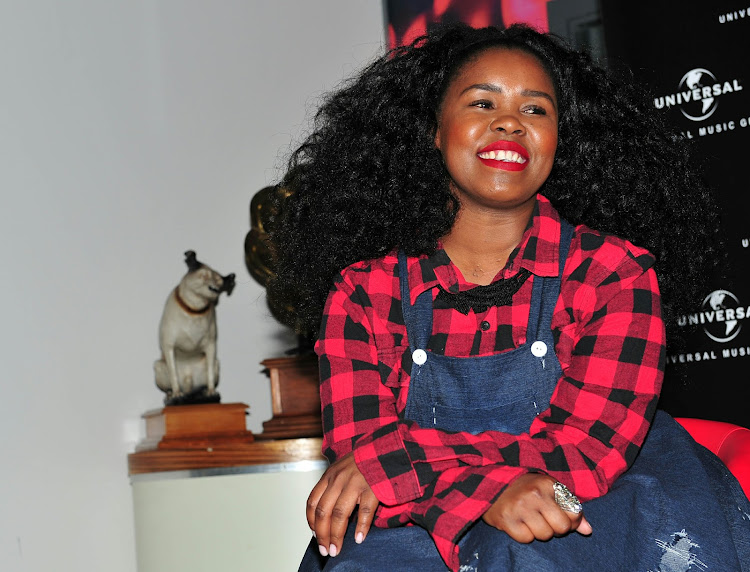 After hogging headlines last month over her battle with her former record label TS Records, Zahara is ready to leave the drama behind and spread her wings overseas.

The star is set to embark on a month-long tour of the US and Canada in July, with another tour to the UK in the works. She will also perform in Rwanda later this month in preparation for her overseas shows.

The star made headlines when Sowetan reported that she had accused TS Records of underpaying her for performances, record sales and royalties. Zahara later told Metro FM's Mo Flava that she would sometimes get "a mere R10,000".

TS Records hit back, issuing a cease-and-desist letter preventing her from making "false and defamatory statements" about the company to the media.

Speaking to TshisaLIVE, Zahara said she was ready to leave the events of the last few months behind and focus on her music again.

"I am focused on a new path. I am in a new space. I am exhausted from talking about it. I just want to leave it to my lawyers and move on with my life. I am focusing on my bookings and tours."

Zahara said she is booked for the next few months and would try maximise her time in the US and Canada.

"I got an invite from a big events promoter in Canada who has booked me for a big show for Canada's Independence Day and has organised that we do a few shows in the country. We got a similar deal with a promoter in America and so we will be between the two countries. I am excited to perform for my fans there and spread my wings."

While the spat was a massive talking point across Mzansi, it doesn't seem to have affected the star's popularity.
TshisaLIVE
2 years ago

Zahara visited the church late last year and was "blessed" by the pastor to have her difficulties removed.
TshisaLIVE
2 years ago

A video of the hitmaker has resurfaced amid reports of financial trouble.
TshisaLIVE
2 years ago