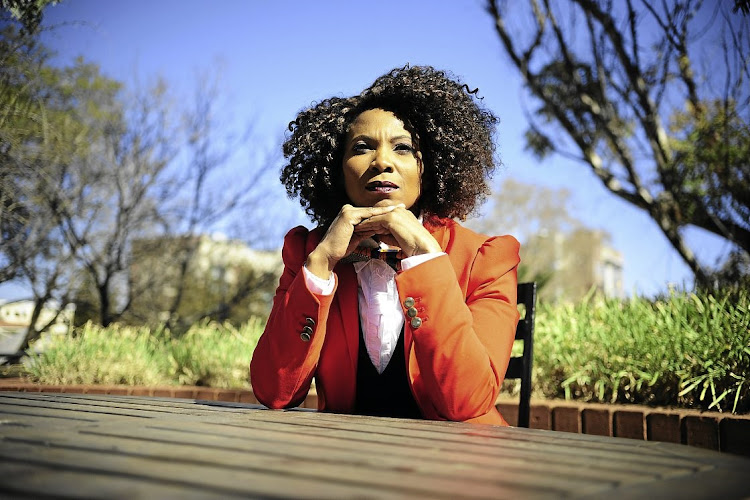 TV host Penny Lebyane was not happy with the grandson of Hendrik Verwoerd, Dr Wynand Boshoff, being made an MP.
Image: SUPPLIED

TV host Penny Lebyane has joined the debate around reports that FF Plus Northern Cape leader, and grandson of Hendrik Verwoerd, Dr Wynand Boshoff, has scored a seat in parliament.

Verwoerd is often labelled the "architect of apartheid" for his role in shaping apartheid policy during his time as minister of native affairs and later as SA's prime minister.

While the decision sparked fierce debate on social media, Penny took to Twitter to share her thoughts on it.

She started off by sharing one of the reports, alongside the caption: "that was quick ..."

She then responded to a post asking when those shocked by the decision would meet to discuss it, by saying she was angry at the situation.

Blacks take everything for granted and get shocked when thinfs happen. Its clear whites are determined to hold on to everything and thry wont give up power and control thina a well we undecided, believe lies not committed to anything long lasting and divided. I’m pissed by it. https://t.co/fbQ5aIja81

She said what was needed was a paradigm shift and a new way of thinking.

They don’t see beyond were they stand hence the arguments around voting. Even if they get what they want they wont see how to use that power to change our nation they will look for new faults to complain about. We need a paradigm shift period.

The power is in all of us collectively not just politically we have to rise above that way of thinking. Daily through actions amd deeds frm the smallest to biggest. Be intentional.

A follower pointed out that Melanie Verwoerd, who had married Verwoerd's grandson Wilhelm, had represented the ANC in parliament under Nelson Mandela, and asked why Penny had not been touched then.

She responded by saying she saw "nothing wrong with what happened".

For crying out loud I was not even of voting age when Mandela became president. My understanding was that it was a government of National Unity. I see nothing wrong with what happened then.

Penny Lebyane on Mr SA haters: Why hate when you didn’t even enter?

'I even saw like a regular Afrikaner guy... I love Mr SA!' Penny said.
TshisaLIVE
3 years ago

Penny Lebyane is gatvol of celebrities that feed their fans the story that "hard work" is footing their bill for their fancy lifestyles when they ...
TshisaLIVE
3 years ago

Penny and other famous faces have weighed in on the situation.
TshisaLIVE
3 years ago